Amid mounting calls to phase out fossil fuels in the face of rapidly worsening climate change, the United States is ramping up oil and gas drilling faster than any other country, threatening to add 1,000 coal plants’ worth of planet-warming gases by the middle of the century, according to a report released Wednesday.

By 2030, the U.S. is on track to produce 60 percent of the world’s new oil and gas supply, an expansion at least four times larger than in any other country. By 2050, the country’s newly tapped reserves are projected to spew 120 billion metric tons of carbon dioxide emissions into the atmosphere.

That would make it nearly impossible to keep global warming within the 2.7 degrees Fahrenheit above pre-industrial averages, beyond which United Nations scientists forecast climate change to be catastrophic, with upward of $54 trillion in damages.

The findings ― from a report authored by the nonprofit Oil Change International and endorsed by researchers at more than a dozen environmental groups ― are based on industry projections collected by the data service Rystad Energy and compared with climate models used by the United Nations’ Intergovernmental Panel on Climate Change (IPCC), the world’s leading climate research body.

By 2050, the country’s newly tapped reserves are projected to spew 120 billion metric tons of carbon dioxide emissions into the atmosphere.

The report casts a new light on the impact of the U.S. fracking boom and calls into question the Trump administration’s stance that China, which surpassed the U.S. as the world’s largest emitter of carbon dioxide in 2007, remains the biggest impediment to halting warming.

“The United States is moving further and faster to expand oil and gas extraction than any other country,” said Kelly Trout, the report’s lead author and a senior research analyst at Oil Change International. “We need to be transitioning off oil and gas, and the United States dumping huge amounts of dirty oil on the world market is incompatible with effectively and equitably addressing climate change.”

Nearly 90 percent of new U.S. oil and gas drilling through 2050 is expected to depend on hydraulic fracturing, or fracking, the controversial technique that blasts bedrock with chemical- and sand-laced water, creating cracks that release previously inaccessible fuels. Upward of 60 percent of the emissions enabled by new U.S. drilling would come from two major fracking hot spots ― the Permian Basin, a massive field stretching from Texas to New Mexico; and the Appalachian Basin, encompassing most of Pennsylvania, West Virginia and Ohio.

Continued extraction in the Permian Basin alone would use up 10 percent of the emissions that remain in the entire world’s carbon budget to keep warming within 2.7 degrees Fahrenheit.

Of the projected 120 billion metric tons of carbon dioxide, 80 billion tons would come from oil production. The other 40 billion are pegged to the production of natural gas, the country’s top source of electricity, which the industry has long touted as a “bridge fuel” from dirtier coal to a low-carbon power system.

But methane ― the main component in natural gas, which traps more heat than CO2 but dissipates in the atmosphere much faster ― leaks during the drilling and shipping process.

By comparing IPCC data to figures from a July 2018 study published in the peer-reviewed journal Science, the Oil Change International report projects that methane will add 10 to 24 percent of the cumulative emissions from U.S. oil and gas production between 2018 and 2050.

The authors cited a Bloomberg New Energy Finance analysis that replacing all coal use with gas and renewables by 2035 “would not be sufficient” to get power sector emissions onto a trajectory that would keep warming within 3.6 degrees Fahrenheit ― the temperature cap the world agreed to under the 2015 Paris agreement.

The report calls on federal and state lawmakers to cut off the $20 billion in subsidies fossil fuels receive each year and urges regulators to ban new leases, licenses and permits.

That seems unlikely to happen under President Donald Trump. Promising a new era of “energy dominance,” the White House last year laid out an ambitious plan to expand oil and gas production in federally controlled waters and lands as the Environmental Protection Agency and the Interior Department moved to cut regulations on the industry.

The Trump administration has even continued to approve new oil drilling permits during the chaotic four-week partial government shutdown.

But state-level initiatives could prove more promising. Colorado voters rejected a proposition in November that would have set stringent requirements that new oil and gas drilling be located at a minimum of 2,500 feet from occupied buildings or other vulnerable areas. But the ballot measure, called Proposition 112, would have made about 85 percent of nonfederal land in the Centennial State off limits to the fossil fuel industry and could provide a framework that state officials could replicate in regulations.

“The United States is the world’s largest economy and historically has been responsible for polluting the most globally,” Trout said. “The United States has a greater responsibility and a greater capacity than just about any country to lead in phasing out its fossil fuel use and production.”

The report also proposes a plan to phase out fossil fuel use under a Green New Deal that would guarantee good-paying jobs to workers in dirty industries and zero out emissions on an aggressive timeline.

That could offer some hope. A new cadre of left-wing Democrats who took office this month is championing a Green New Deal, and half the likely candidates running for the Democratic nomination in 2020 say they support it in one form or another. On Saturday, Sen. Elizabeth Warren (D-Mass.) became the first declared candidate for president to take the No Fossil Fuel Money pledge, committing herself to rejecting fossil fuel industry money.

“Addressing the climate crisis by only considering fossil fuel demand is fighting with one hand tied behind our back,” Nicole Ghio, a senior program manager at the environmental nonprofit Friends of the Earth, said in a statement. “To avert climate disaster, we need a Green New Deal that protects workers, empowers communities, and phases out all fossil fuels.” 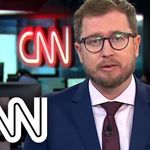 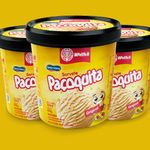 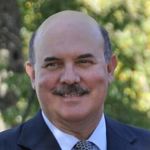 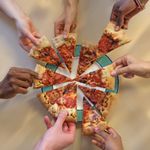 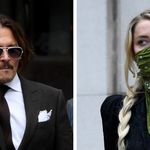 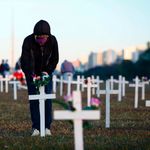