Think of a city. Of its winding roads and bustling crowds and tall buildings and piling garbage and whatever else. Now look closer. Think of the strange colors that jam up against each other for a brief moment, or the constant and ever-changing potential for violence, or danger, or love. Think of the way a totally mundane occurrence, when captured from just the right angle, can look like a still plucked from a sci-fi film.

Architectural critic Jonathan Glancey defines cities as "zoolike, forestlike places planted with trees and alive with animals." And thanks to the medium of photography, the goings on of these dense zoos can be captured and made immortal for all the world to see. Whether behind the doors of a New Yorker's apartment or in the overcrowded streets of a Brazilian shanty town, these everyday happenings are art in motion.

Jackie Higgins' "The World Atlas of Street Photography," published by Yale University Press, features a compendium of artists and perspectives from around the world, each fearlessly hunting the urban jungle, camera in hand. Today we're admiring the work of 10 street photographers from the "World Atlas" collection, those interested in freezing city life at its most humorous, disturbing, profound or bizarre. Whether working in Johannesburg, South Africa or Mumbai, India, the following photographers document flickering instants from the theater of the streets, thus revealing how one, small moment can potentially speak to the entire world.

Behold, 10 dazzling international street photographers who allow us to see the world in ways we never thought possible. 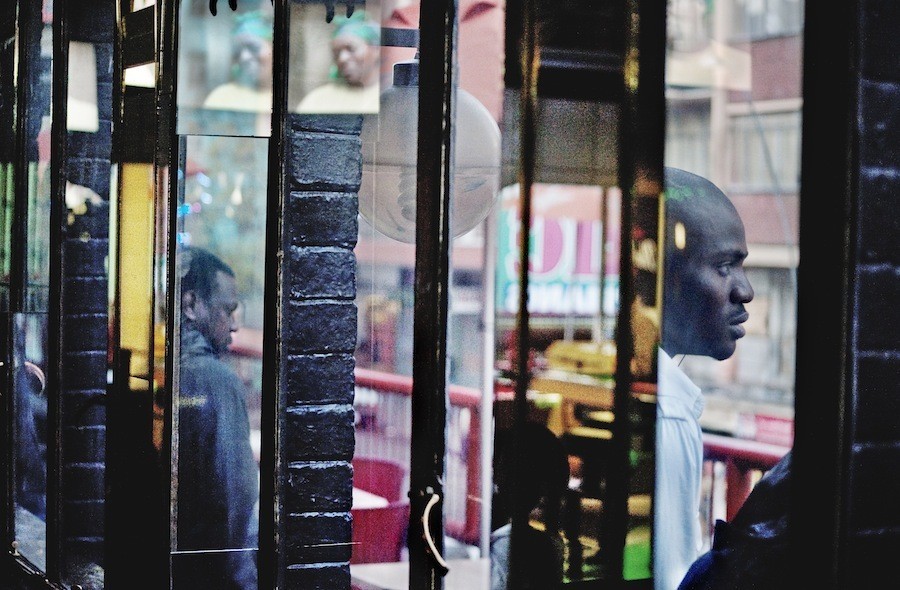 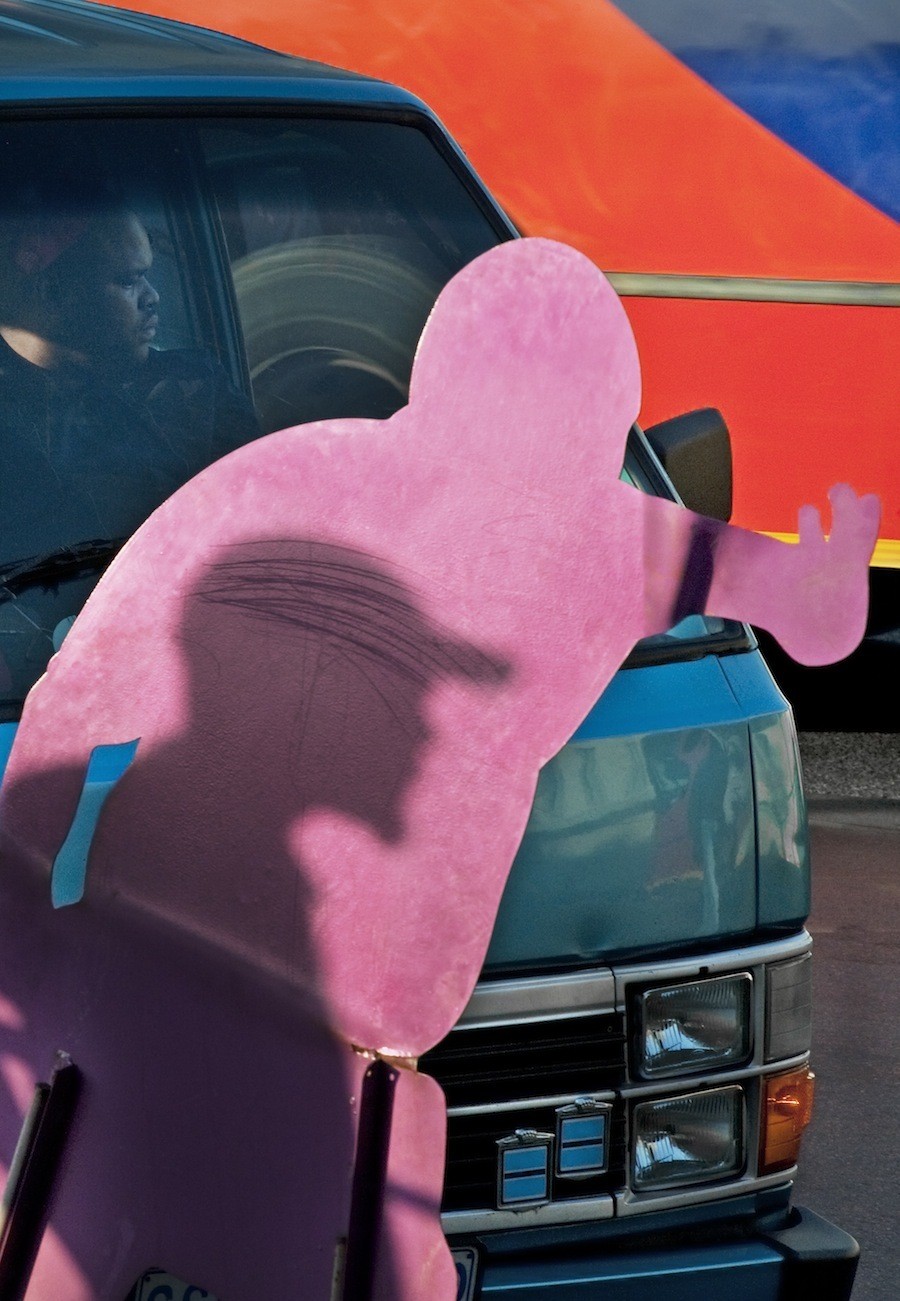 For 20 years Williams has photographed his hometown of Johannesburg with images that capture the alienation, disorientation and violence of the fractured land. People often appear cropped or drenched in shadow while mirrors, fires and broken glass create a sense of surrealism that remains grounded in reality. "I began to realize that the content of my photographs appeared to be reflecting my state of mind at the time. I felt very removed from the day-to-day realities of the world. I think it was this isolation, and apartness, that drove this project and, for me, gave it a sense of cohesion, as well as meaning." 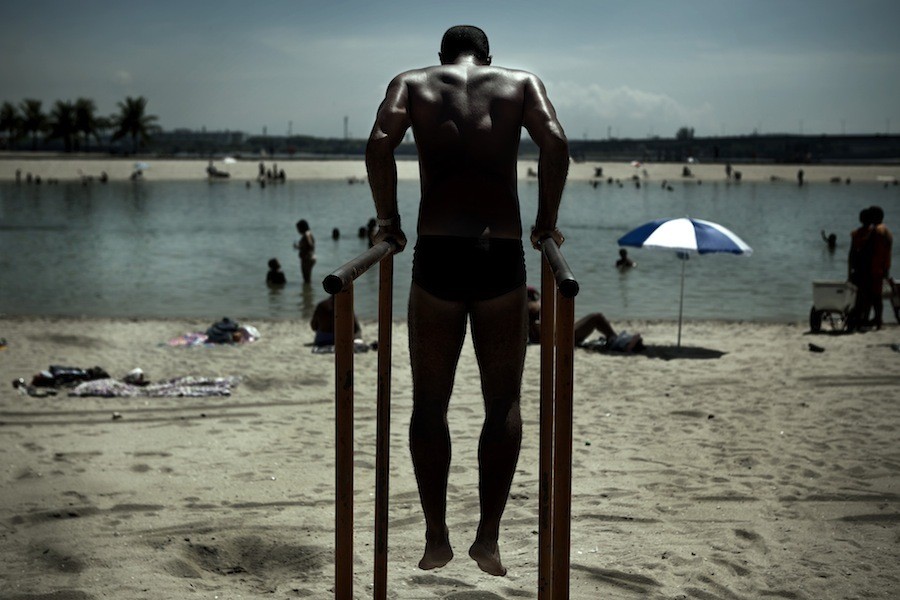 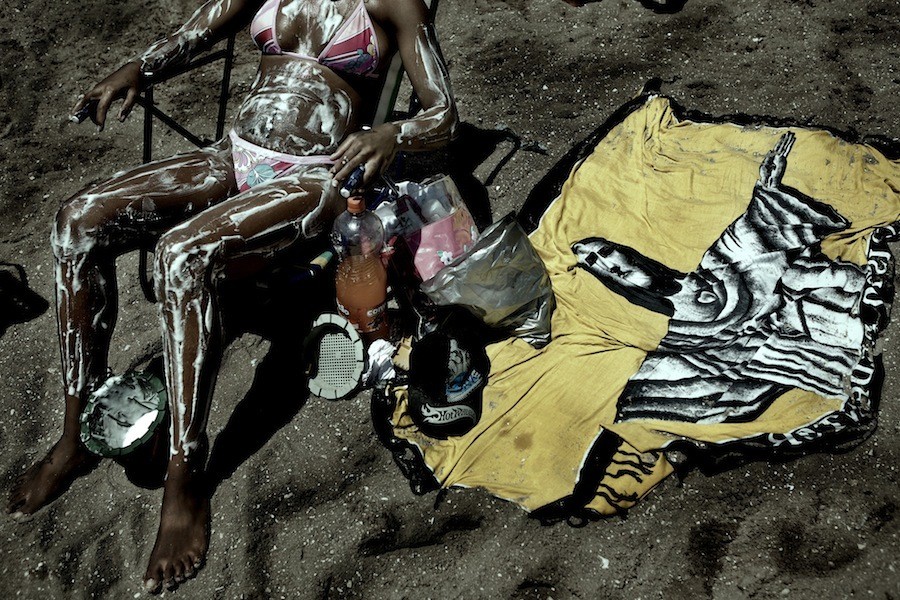 Bittencourt's photos revolve around Piscinao de Ramos, a Rio de Janeiro beach created from scratch in 2000. Filled with eight million gallons of seawater, the artificial beach is known for its noise, pollution and proximity to favelas and gang violence. Bittencourt's images pop and glisten with slippery bodies, bright beach towels and dingy waters. "Since starting out as a photographer, I always wanted to do a project related to a beach in Brazil... What matters is not looking good for the camera, but rather feeling the sun on one's skin, getting drunk on cachaca (Brazilian rum) and splashing the time away." 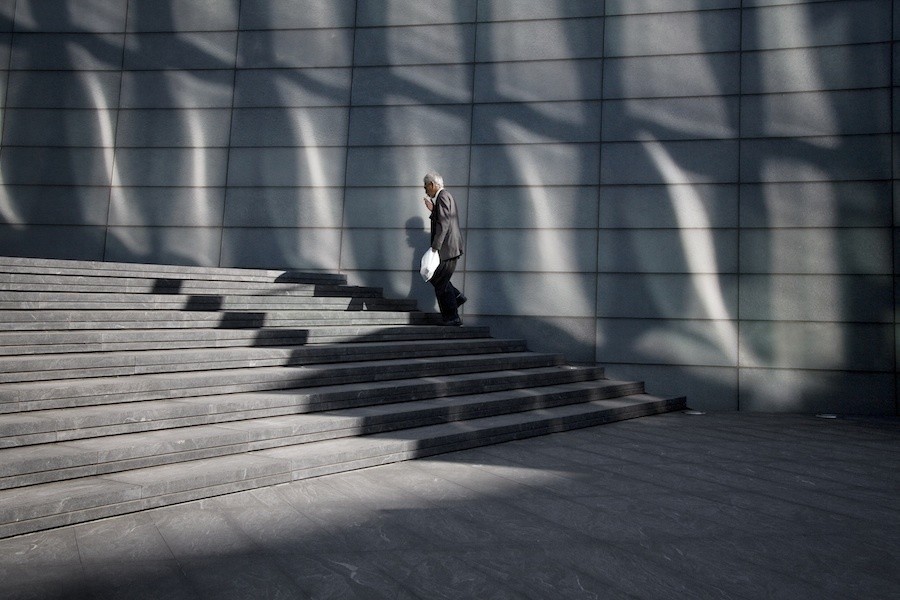 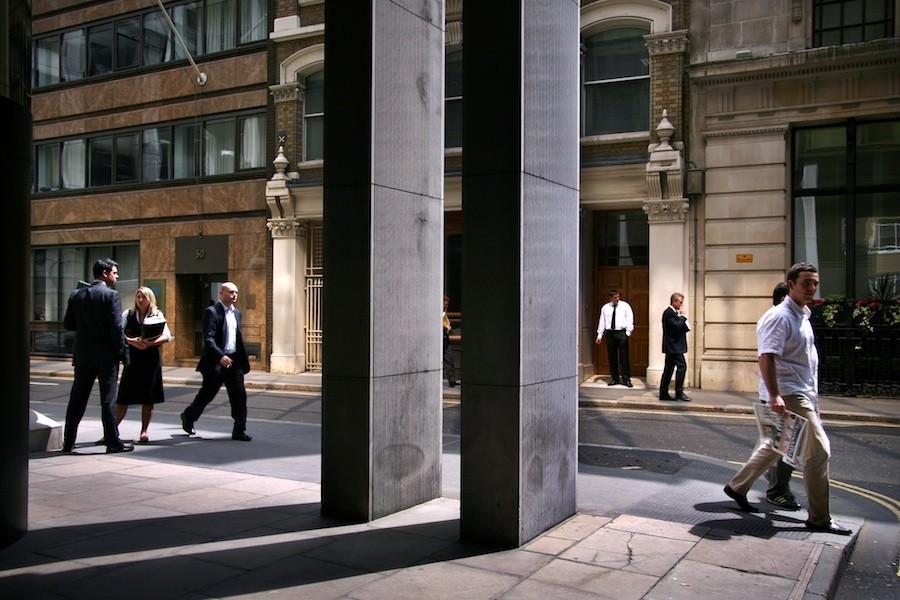 In her series "London's Square Mile," Braden captures the area containing the London Stock Exchange, Lloyd's of London and the Bank of England -- a space sometimes referred to as "the wealthiest square mile on earth." Braden photographs the massive and ultra-modern architecture of the region, silver and sleek. People occasionally enter the frame, as alienated beings swallowed whole by their surroundings. "To a newcomer the city looks impenetrable," curator David Campany wrote of the images, "like an oiled machine with a hidden logic. Look again and many of them seem out of their element as if caught between one air-conditioned sanctuary and the next." 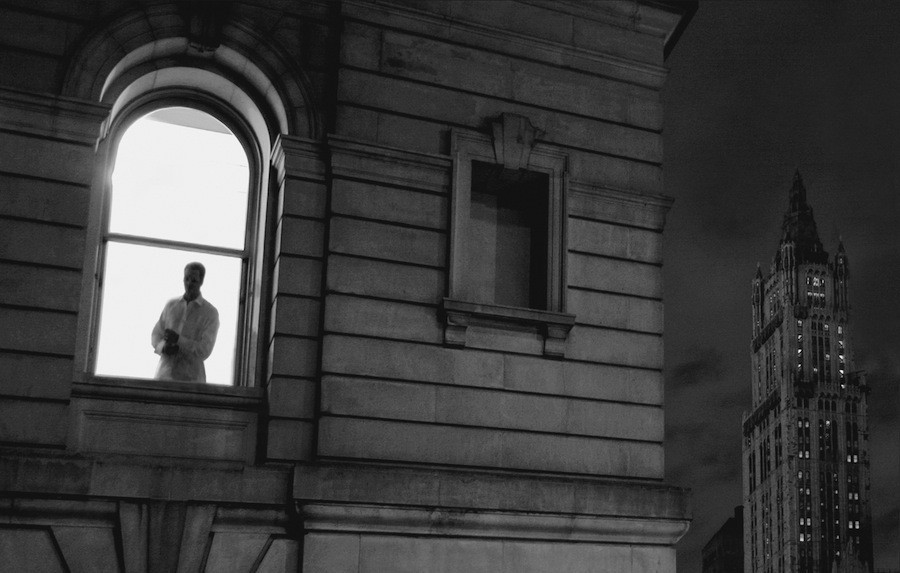 In her series "Stolen Moments," Cairo-born, New York-based artist Chatila captures the intimate, banal and yet often revealing lives of New Yorkers behind closed doors. To create the voyeuristic experience, Chatila adapted a telescope to a camera that was fixed on top of a tripod. She creates a strange portrait of a city that's at once unsettling and moving, a glimpse into the bizarre rituals we do when we think no one is watching (or hope someone is.) "Something so tender and raw comes out of people when their social masks are left at the door. It's as if they are naked unto themselves... Spending time with strangers has brought me closer to humanity. When I walk the street I no longer feel surrounded by anonymous drones. I see people with their insecurities and their vulnerabilities. It has inspired a feeling of being connected to others." 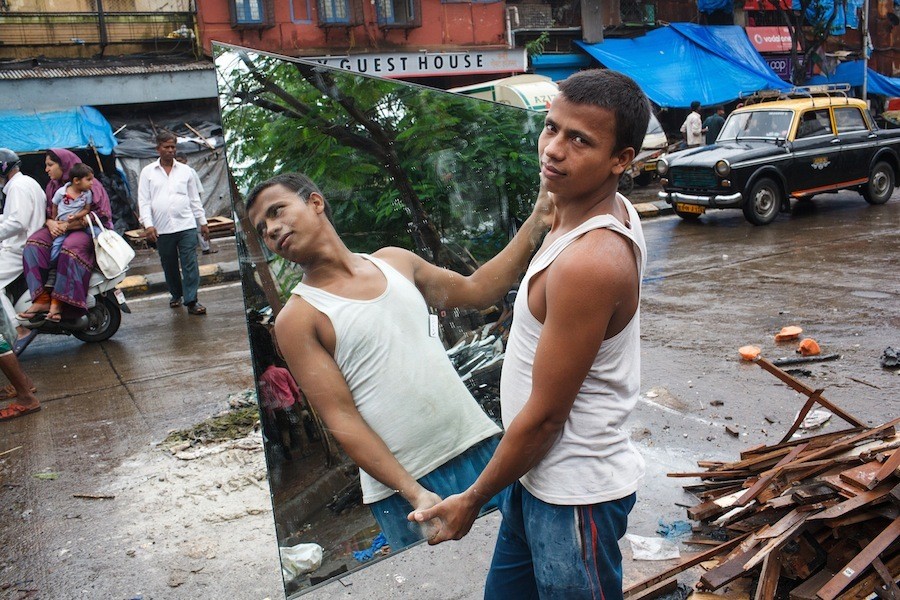 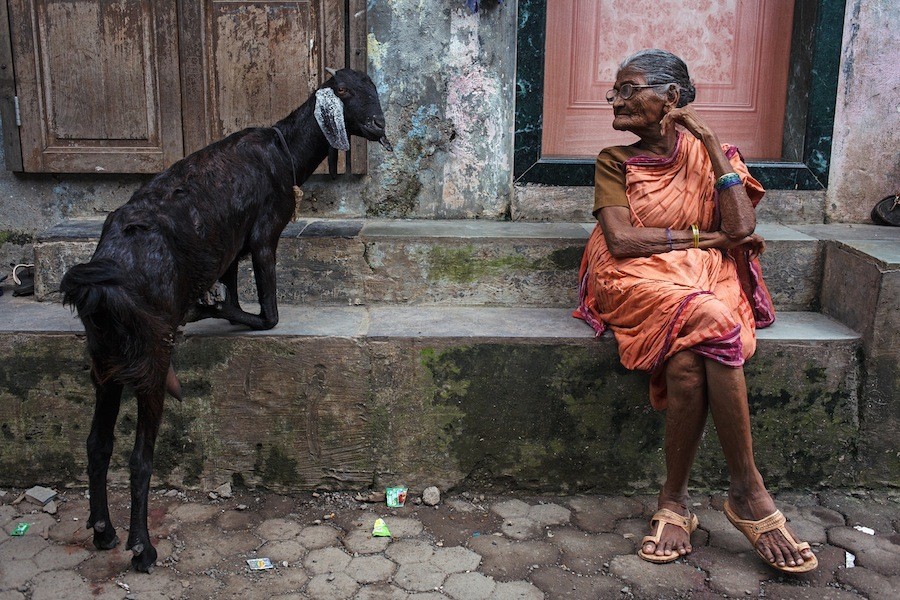 Dakowicz photographs daily life in the city of Mumbai, wandering around the busy urban centers, waiting for something surprising, funny or absurd to occur. The images in his archives look as much like fantastical carnival footage as street photography, with bright colors, bizarre characters and real life optical illusions. "I love India for its vibrancy, there is so much life there, so many people, so much happening all the time. Photography is nothing... It's life that interests me." 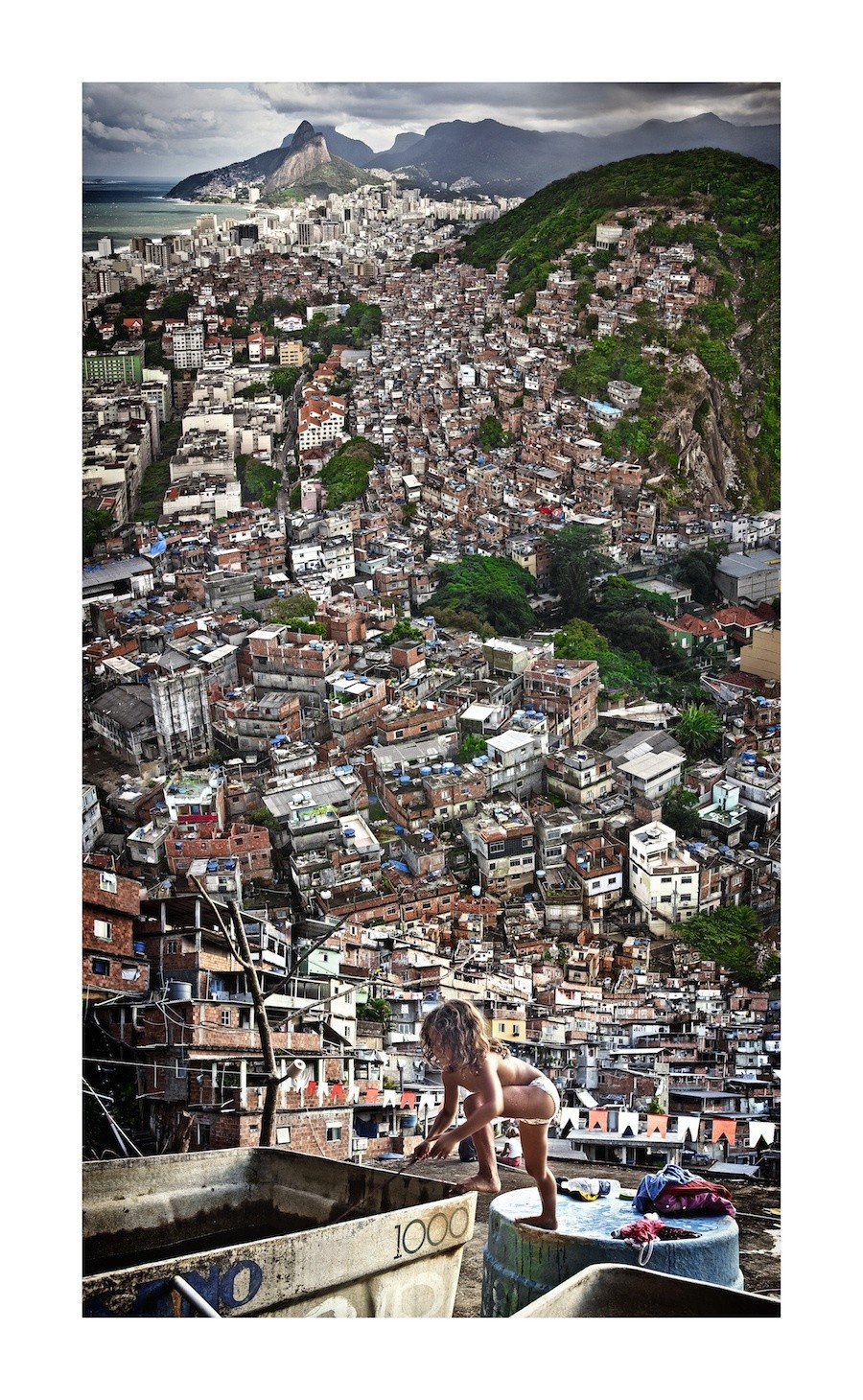 Jaguaribe captures the towering cityscapes of Rio de Janeiro in all its seductive detail. Yet her images constantly appear to be on the verge of toppling over, creating disjointed views of the city that don't appear quite right. The visual effect perhaps comments on the uncontrollable growth of the city's shanty towns, or maybe the ecological destruction that constantly looms. "My Rio -- a combination of real and created images -- seems to me more coherent with how we inhabit and understand the city." 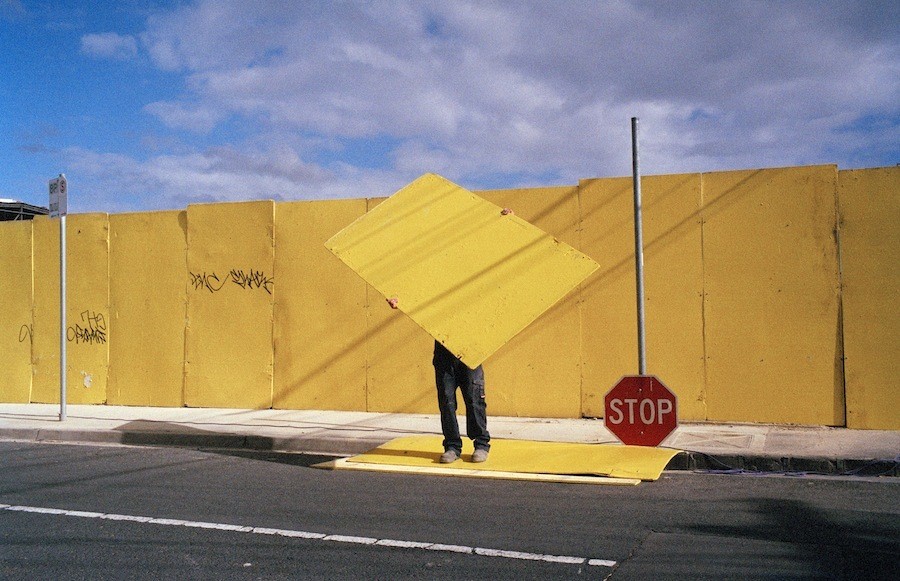 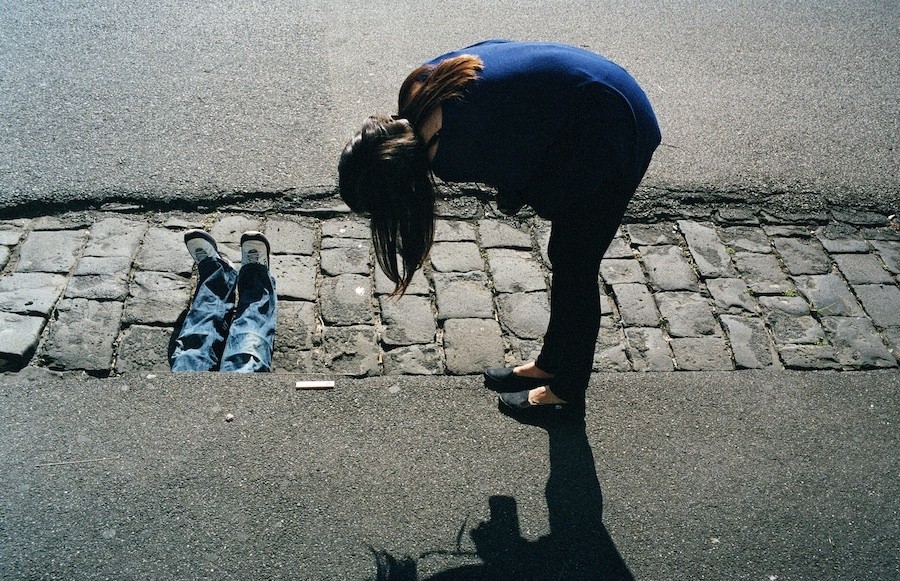 Marlow takes photos on the streets of his hometown, Melbourne, capturing chance encounters that, more often then not, aren't what they seem. Mixing strange occurrences with striking graphic imagery, Marlow creates spontaneous puzzles that are likely impossible to decipher. The arresting images show the surreal visions that pulse through everyday life. "I deliberately want to challenge the viewer to ask: 'Am I seeing things?' I want these photos to raise more questions than they answer." 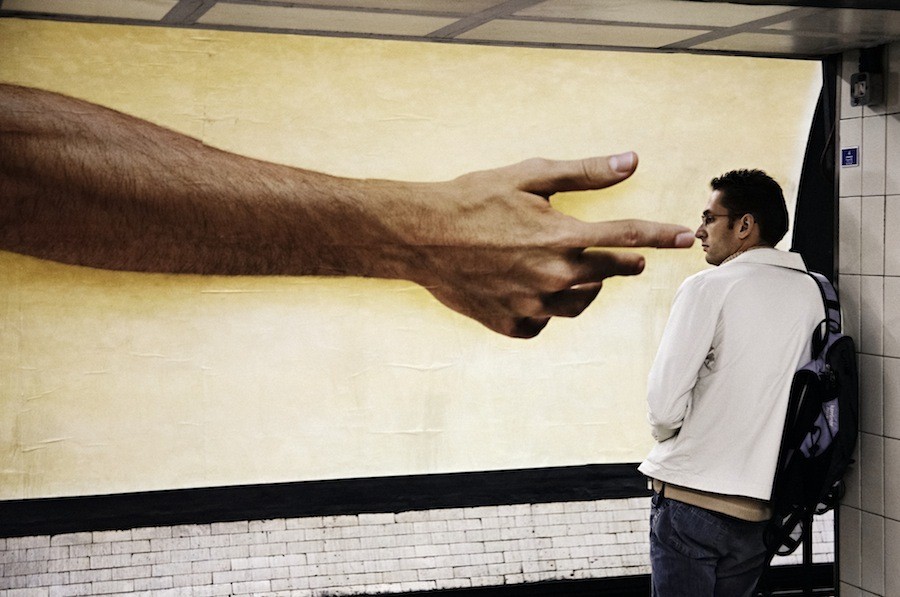 Stuart is a London-based street photographer in the most classic sense. His photographs, always completely unstaged and unaltered, capture those dry, uncanny juxtapositions that bring the streets to life. In seemingly mundane scenarios, Stuart has a knack for finding that serendipitous joke the one moment it occurs. "I think we're living in a world where everything is Photoshopped or faked. Reality is very important to me [and] showing reality is far more interesting. The lovely thing about street photography is that with the best stuff, there is no way you can stage or even think it up." 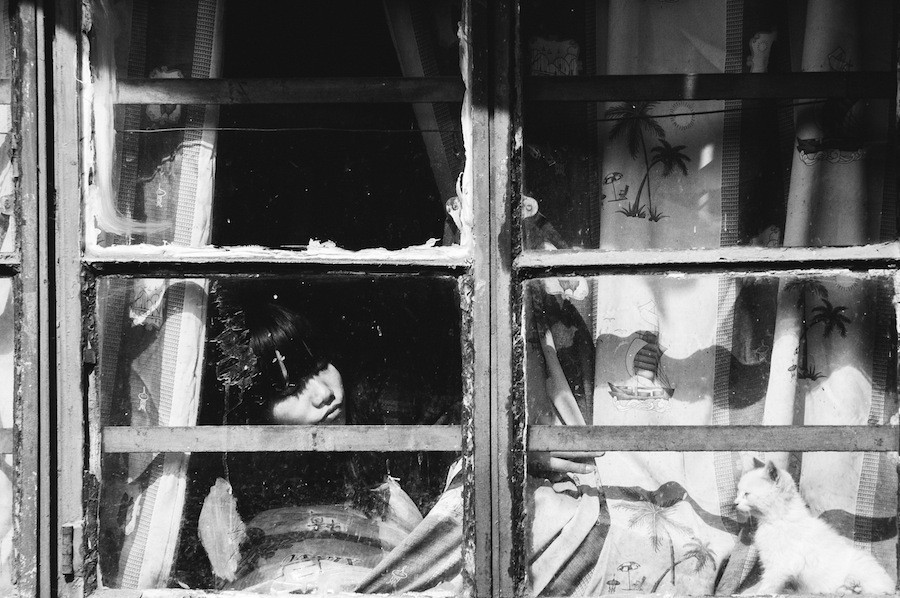 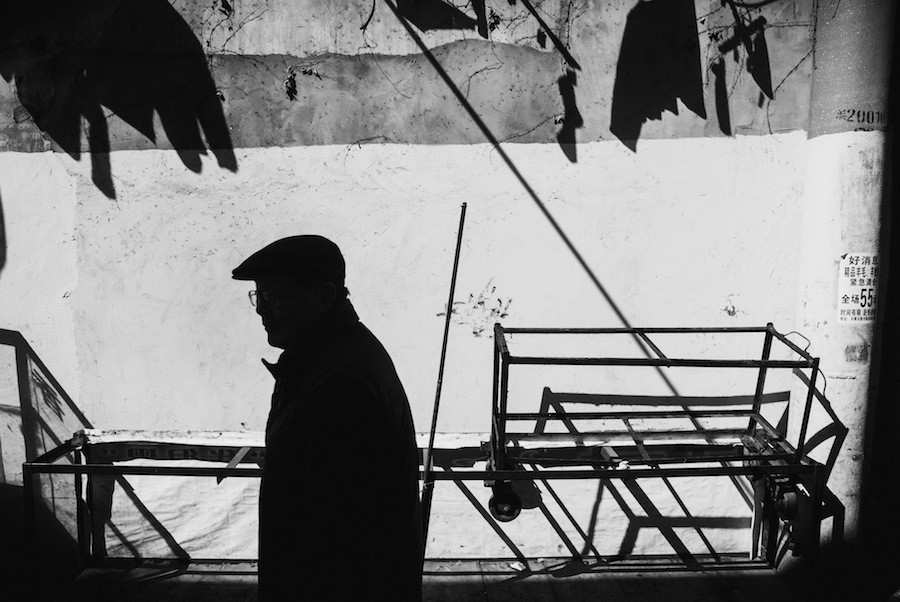 Tang photographs the city of Shanghai, the place she was born but hardly recognized when she returned in 2007. Seeing the city transform at such a frenzied pace, Ying set out to document the winding alleys and urban mazes in haunting chiaroscuro. Her images are non-objective records filled with life, feeling and chaos and drenched in shadow. "It's a personal journey out there on the street. I'm trying to catch a moment that means something to me."

Danish artist Funch looks for patterns amongst humans in urban settings, and photographs them. In one series he hunts for people holding manilla envelopes; in another he scours for pedestrians taking and posing for photos; in a third series he keeps an eye out for "pairs of various types" -- be they pregnant women, twins, or a person out with his or her dog. For each series, Funch returns to a particular location at a particular time each day until he finds what he's been looking for, normally after a period of 10 to 15 days. He then sifts through his photographs and isolates the images that converge to his desired pattern, stitching them into a digital composite of hundreds of different isolated moments collapsed into one perfect image. The unusual studies of human behavior hover somewhere between reality and fiction, creating impossible moments of human interconnectedness. "I don't see 'Babel Tales' as necessarily 'true or untrue.' I find this binary way of thinking quite boring. We need other ways of conceptualizing truth."