“Stranger Things” theories aren’t so strange anymore for Gaten Matarazzo. As a star of the Netflix sci-fi show, he gets questions about fan theories all the time.

The actor, who plays Dustin on the series, was consistently asked about spoilers while interacting with fans during an Axe event last week at West Mifflin High School near Pittsburgh. He found an effective way to deal with it, though.

“I just tell them that everyone dies,” he told HuffPost. “It’s the last season. It’s my favorite thing ever. They’re like, ‘Really?’ I just convinced like five kids that ‘Stranger Things’ is over.”

Still, some theories hit a little close to home.

“There are some that I’ve heard and there are some prediction videos where I’m like, ‘Oh my God! Did they get a copy of the script?’” he said.

Matarazzo recalled one fan video in particular that almost spurred him to contact Matt and Ross Duffer, the show’s creators.

“I got worried when I first saw it and didn’t read the title, and this guy was explaining what was going on, what he thought was going on, and I thought that the plot got leaked,” Matarazzo said. “Of course, I’m not going to say what one it is, because I don’t want people to know what the plot of the show is.”

Even with the Season 3 trailers and teasers thus far, the plot is securely under wraps, so it’s understandable that a video pretty accurately describing the story isn’t ideal for the show. However, the actor noted that some elements in the video obviously weren’t happening in the season, which calmed his nerves.

“I’m like, OK, he just knows how to write a good story. I got really worried at first. I was tempted to send it to the [Duffer brothers]. Just like, ‘Guys, are you aware of this?’ But they can’t take it down because then people are going to know, ‘Hey, they were onto something there.’ So you just have to let it happen and let people enjoy it,” he said.

Aside from trolling fans, Matarazzo was also on hand for a good cause as students got new looks ahead of their prom as part of the #AXEpressYourself campaign. When the hashtag is shared along with a selfie, the company donates a dollar to Ditch the Label, an anti-bully charity focused on helping young people.

In between meeting fans, Matarazzo was able to hop on the phone with HuffPost to talk his love of “Star Wars,” “Stranger Things” Season 3 and somehow even more about “Star Wars.”

So you really convinced fans that “Stranger Things” was over?

What’s it like for you with fan theories now?

What’s kind of annoying about fan theories is that you get a bunch of them at first, like a whole array of them when the show first comes out about the next season. Then, people look at the ones they like the best and they become the most popular, and then it’s lumped into like two specific groups of people who like this theory or that theory and they don’t keep an open mind. People get a mindset that it’s going to be one of those two because they thought it was the coolest. That’s cool because people get surprised when it has nothing to do with those theories, but a lot of people actually get upset that it doesn’t match up with what they thought was going to happen. That’s what’s annoying about fan theories, but there are a couple that are really cool, and they keep coming up as the seasons progress.

Yeah, that’s part of what’s happened with “Game of Thrones” Season 8 when some of the theories didn’t come true.

Yeah, that’s what happens with “Star Wars.” I’m a nerd. I’m the “Star Wars” nerd, and I was actually one of the few die-hard fans who was a very big fan of the last movie, “The Last Jedi.” I think the reason is I didn’t overthink it and I didn’t go in with a mindset of what was going to happen. I was a little more open-minded, and a lot of people had their theories that Luke’s the bad guy, and this is what’s going to happen, Rey is Luke’s daughter, and the way they emphasize that ― it wasn’t important to who she is — is what I loved about that. It’s not about bloodline, and that’s what really sold me on the movie as a whole.

But the minute people go in and it does something that goes against what they traditionally know, they get defensive and they freak out. That’s what happened with “Empire Strikes Back,” and now it’s regarded as the best “Star Wars” movie ever made, one of the best movies ever made. I feel like as time goes by, people are going to be more open-minded about the changes in tone and the changes in writing.

Yeah! Thank you! I found one.

[Laughs] I mean, I know plenty of people who liked it.

I was reading somewhere that you wanted to be in “Star Wars.”

Oh gosh. I’m the fan. “Star Wars” is what got me into cinema. It’s what got me into entertainment as a whole. Before that, it was always like kid cartoons. It was like “Mickey Mouse Clubhouse.” When I first started watching “Star Wars,”  I was like 5, and before that I was watching all the little kid shows you see on Disney network, and of course you always love those. My first introduction to a more grown-up way of film was “Star Wars.”

Speaking of your love of “Star Wars,” there was one moment in the trailer I wanted to ask about.

That part where Kylo ... or are you talking about “Star Wars”?

No, I was actually asking about “Stranger Things.”

Oh! I thought you were still talking about “Star Wars” because of the new “Star Wars” trailer.

[Laugh] I was going to ask about a “Star Wars” moment in the “Stranger Things” trailer.

Was that lightsaber handshake in the trailer from the script or you and Joe [Keery]?

That was me and Joe. They asked us to come up with a quirky handshake that we both would rather enjoy. We came up with this backstory ― that Dustin had all the current “Star Wars” movies that were out on VHS, and that Steve was over one day, and Dustin said, “We need to watch these.” And Steve was not on board at all. He was like, “I’m not a nerd. I don’t watch this.” And then he fell in love with “Star Wars.” That’s the backstory we created, that Dustin made Steve into a complete “Star Wars” nerd. And we created that handshake in like 10 minutes. We’re like we need to incorporate this somehow. There are so many ’80s references, but there aren’t a lot of “Star Wars” references in the plot.

Now, what were you going to say about Kylo?

Oh, yeah. I was just saying I just think the red accents in that forest he’s in with his lightsaber, I just think that looks super cool. The movie looks beautiful. That’s what I’m excited about.

OK, so back to “Stranger Things.” There’s a sign in the trailer where people are supposedly protesting the mall because the pretzels aren’t good. How are the pretzels?

A lot of people are worried about Steve after the trailer.

Yeah, that was awesome. That’s a cool scene. I’m glad that was in it. What can I say to the fans? I can say that he’s not the only one who’s in trouble.

What can you tell us about Steve and Dustin?

Our relationship stays intact. We’re still super close friends, and I’m excited for people to see how much the relationship grows. I feel like the way we’ve always described it, especially in the second season when the relationship is first introduced, is Steve is kind of Dustin’s brother figure that he’s never had. There was never that older male figure in his life. Single mom. There’s not much backstory on that, but I assume that she’s been a single mom for quite a while, probably as long as Dustin can remember. He’s an only child. He doesn’t have any siblings. The only guys he has are the boys in his group, and I don’t think that really registers with the guys in the group.

What can people expect from Season 3?

What would you say to people who think Billy is going to be the monster.

He’s never been put in a good light. 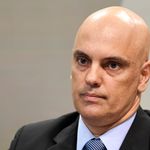 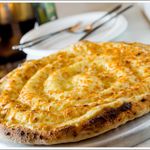 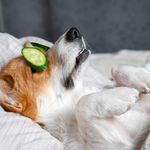 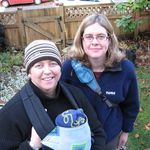 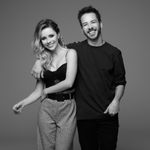 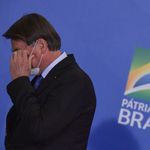