Starbucks has announced that it is aiming to use only cage-free eggs in its stores within five years, a move that animal welfare advocates see as portending the end of one of the cruelest farming practices.

Starbucks told Reuters in a statement last week that there "is still work to be done across the industry to increase supply to address market conditions," but that the company is "committed to working with our suppliers toward our goal to be 100 percent cage-free by 2020."

This is the first time that the company has set a date for when it intends to implement a panel of humane measures that were announced in December.

The company said in a statement at the time that it intended to work toward phasing out gestation crates for pigs and cages for chickens, reconsidering the use of antibiotics and growth hormones, and "addressing concerns related to dehorning, tail docking and castration both with and without anesthesia."

The company did not offer a time frame in December for any of these changes.

Josh Balk, senior food policy director for the Humane Society of the United States, told The Huffington Post that this announcement is a great step toward dealing with "the most pressing issue."

"More animals are confined in cages for the egg industry than any other agricultural sector by far. Hundreds of millions of chickens in cages in the U.S., compared to roughly 4 million pigs in gestation crates," Balk said. "Starbucks’ announcement that it’s switching to 100 percent cage-free eggs is the latest indicator that the future of the egg industry is one without cages."

While cage-free chickens do not necessarily have access to outdoor space -- the term simply means that the chickens have indoor room to roam --  Starbucks' announcement is a major move away from one of the cruelest and most prevalent farming practices.

Here's the Humane Society's description of life for a caged chicken:

The vast majority of egg-laying hens in the United States are confined in battery cages. On average, each caged laying hen is afforded only 67 square inches of cage space—less space than a single sheet of letter-sized paper on which to live her entire life. Unable even to spread their wings, caged laying hens are among the most intensively confined animals in agribusiness.

As for its other animal welfare aims, a Starbucks spokesperson told HuffPost by email that the company is "working with the industry on creating reasonable timeframes for our focus areas."

When the food industry is evolved enough to treat all animals right -- well, that'll be grande.

Get in touch at arin.greenwood@huffingtonpost.com if you have an animal story to share! 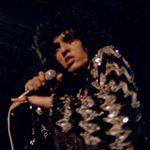 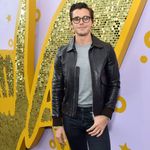 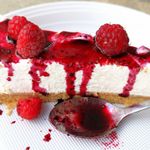 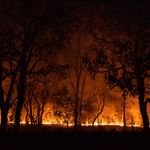 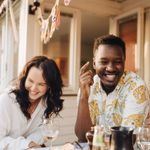 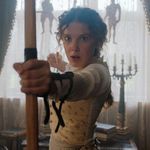