Journalists were alarmed Friday after U.S. Attorney General Jeff Sessions announced that the Department of Justice was revisiting guidelines for handling media subpoenas in leak investigations and said there needed to be limits on press freedom.

“Are you saying you will jail journalists, Mr. Attorney General?” a reporter asked as Sessions exited the room. “Do you plan to prosecute journalists?”

Sessions didn’t answer that question, or any, at the press conference. He “tells room of reporters he may make it easier to jail them if they don’t reveal sources,” MSNBC host and attorney Ari Melber tweeted, and “leaves without taking any press questions.”

Sessions tells room of reporters he may make it easier to jail them if they don't reveal sources, leaves without taking any press questions.

Deputy Attorney General Rod Rosenstein took questions from reporters after the news conference but wouldn’t give any assurances that journalists would not be prosecuted, which would be a major departure from how DOJ traditionally deals with the press in leak cases. Rosenstein said he didn’t “want to get into hypotheticals.”

President Donald Trump’s attempt to delegitimize the news media throughout the 2016 campaign understandably prompted fears that his administration might break with the norms of its predecessors.

During his Senate confirmation hearing in January, Sessions said he was “not sure” if he would jail journalists for doing their jobs, a pledge that had been made by Obama Attorney General Eric Holder. Sessions also refused to discuss hypotheticals in April when asked about the possibility of prosecuting news organizations.

Trump, who has labeled the news media the “enemy of the people” and dismisses unflattering coverage as “fake news,” reportedly urged former FBI Director James Comey to imprison journalists for publishing classified information.

Sessions suggested Friday that journalists could face repercussions for publishing information when he said that press freedom “is not unlimited” and that journalists “cannot place lives at risk with impunity.”

Every American should be concerned about the Trump administration’s threat to step up its efforts against whistleblowers and journalists. https://t.co/UwdQmbtWqW

Relaxing guidelines to make it easier for investigators to subpoena journos & their records would have a chilling effect on #pressfreedom.

Bruce Brown, executive director of the Reporters Committee for Freedom of the Press, told HuffPost it was “disconcerting that the frame [Sessions] used today in referring to reporters putting lives at risk just ends up feeding into the broader narrative of this administration ― of reporters being enemies of the people.”

The truth, he said, is that “news organizations routinely check and vet information with the government before publication because they, too, care about national security interests.”

Indeed, responsible news organizations typically run potentially sensitive information by the government and take national security concerns into consideration before deciding what to publish or withhold.

Brown said he was surprised that Sessions announced plans to revisit subpoena guidelines before consulting with representatives of the news media who helped the department establish its protocols two years ago.

Journalists were outraged following 2013 revelations that the Justice Department under President Barack Obama secretly subpoenaed phone records of Associated Press journalists in one leak investigation and labeled a Fox News reporter a co-conspirator in another, a move that risked criminalizing the standard practice of news gathering.

Holder met with dozens of representatives of the news media and press advocacy groups in the process of crafting new guidelines, along with taking the recommendations of investigators, intelligence officials and prosecutors.

In January 2015, Holder announced that the news media would have more protections in leak investigations by tightening the department’s guidelines for using subpoenas or search warrants in pursuit of journalists’ records.

As of now, the department is still operating under the 2015 guidelines, according to a DOJ spokesperson, and there will be some consultation before any changes are made.

The Justice Department has not announced all the media group participants for next week’s meeting, but a spokesperson said the discussion will include Washington bureau chiefs from several news organizations. 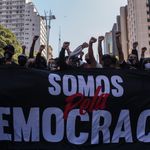 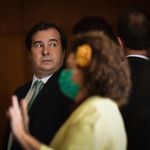 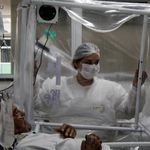 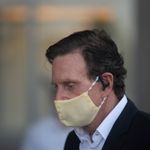 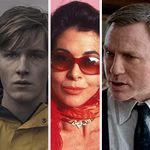 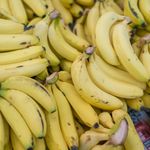