A brush fire that broke out in Santa Barbara County, California, on Monday had grown to over 4,200 acres by late Tuesday morning after winds fueled the flames throughout the night.

The Cave Fire, as it has been named, started out in the Los Padres National Forest and swept over parts of Highway 154 near Santa Barbara’s city limits, forcing officials to shut down the highway until further notice.

Firefighters were unable to contain the blaze as of Tuesday afternoon, officials said at an afternoon press conference.

Thousands of people had to evacuate their homes just days before the Thanksgiving holiday.

An incoming winter storm, expected to hit this part of Southern California late Tuesday night and last to Thursday, may help firefighters rein in the blaze.

“The Cave Fire is burning under some of the toughest firefighting conditions of anywhere in the world,” Jim Harris, fire chief for Los Padres National Forest, said at a press conference Tuesday morning.

“We’re at the end of the dry season so the fuels are some of the driest that we have,” Harris added.

The fire, which is burning 100 miles northwest of Los Angeles, is just the latest blaze to threaten California residents this fall. Last month, nearly a dozen wildfires broke out across the state due to a combination of extremely dry and windy conditions.

Please stay safe for anyone living close to the 154 and to the firefighters up there right now!! Just made it down safely and my eyes still can’t believe what’s happening #CaveFire#SantaBarbarapic.twitter.com/o5F0eGq1kC

The Cave Fire continued to grow throughout Tuesday afternoon. About 6,000 people in surrounding neighborhoods were ordered to evacuate their homes, CBS News reported.

However, at noon on Tuesday, fire officials shrunk the size of the evacuation zone, allowing an estimated 4,000 people who lived west of Patterson to Fairview avenues and north of Cathedral Oaks Road to return home. Officials warned those returning residents that their homes may not have electricity.

As of midday Tuesday, officials said the fire had not destroyed any homes, though it had burned through one unoccupied structure.

Capt. Daniel Bertucelli of the Santa Barbara County Fire Department said that 10 fixed-wing tankers and nine helicopters would be responding to the fire on Tuesday, the Los Angeles Times reported. As seen in photos taken near the fire Tuesday morning, planes flew over the blaze, dropping fire retardant to prevent further spreading.

“The Cave Fire is causing conditions of extreme peril to the safety of persons and property within Santa Barbara County,” the county said in a statement. “These conditions are beyond the control of the services, personnel, equipment and facilities of the combined forces of the county’s Operational Area to combat.”

The fire also threatens cave paintings believed to be between 500 and 700 years old at the Chumash Painted Cave State Historic Park. To protect the historic pictographs, park officials covered the cave entrance with fireproof blankets.

Harris, the Los Padres National Forest fire chief, told the Los Angeles Times that the fire had eaten through areas of old vegetation and that fire officials had been anticipating a wildfire sweeping through the area.

“We’ve had a lot of fires in Santa Barbara County in the front country over the last 15 years or so,” Harris said. “This is one of the last slots of old vegetation. It’s something we’ve all talked about for years and years.”

#CAStateParks staff added heat resistant fire blankets protecting the cave and park signs at Chumash Painted Cave State Historic Park from the nearby #CaveFire. These fire blankets protect the paintings inside, which are believed to be anywhere between 500-700 years old. pic.twitter.com/qGw77x7JII 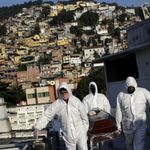 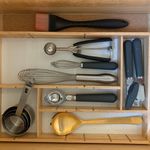 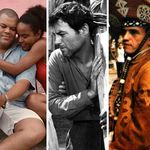 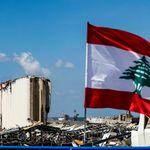 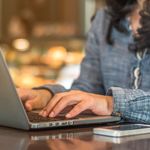 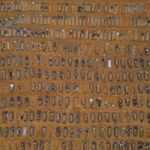