If you are Disney, these are not the “Last Jedi” ratings you’re looking for.

A Facebook page called Down With Disney’s Treatment of Franchises and its Fanboys is claiming responsibility for tanking the Rotten Tomatoes audience score for the latest “Star Wars” film, alleging that it used bots in a concerted attack against the Rian Johnson-directed movie.

On Tuesday, we sent a direct message to the page, whose moderator responded almost immediately. He explained that he’s upset with “Star Wars” producers for, “among other things,” introducing more female characters into the franchise’s universe.

Throughout the course of our conversation, the self-identified member of the “alt-right” claimed that Poe Dameron (played by Oscar Isaac) is a “victim of the anti-mansplaining movement,” that Poe and Luke Skywalker (Mark Hamill) are in danger of being “turn[ed]” gay, and that men should be reinstated as rulers of “society.”

But take a look at the screenshot below, captured Tuesday afternoon. The audience response ― a lukewarm 55 percent, with more than 118,000 users weighing in ― suggests a rather steep divide between critics’ reactions and those of nonprofessional moviegoers.

The discrepancy between the critic and audience ratings on Rotten Tomatoes has sparked chatter about a possible backlash among “Star Wars” fans. On Monday night, Vanity Fair published a breakdown of the beating the movie has taken in certain corners of the internet. Meanwhile, Polygon and other sites have reported that the Rotten Tomatoes rating is being tanked by bots and/or organized attacks from the anonymous message board 4chan.

Spoiler alert: We’ll be revealing some of the plot of “The Last Jedi” pretty soon.

The page moderator HuffPost spoke to, who did not provide his name, said he launched this supposed bot campaign to protest the way “The Last Jedi” diverges from the franchise’s so-called Expanded Universe.

“There were supposed to be a trilogy of books and then some after set in the Legends canon. But [Lucasfilm executives] Kathleen Kennedy and Pablo Hidalgo wanted to pursue their own feminst [sic] agenda,” he wrote, adding later, “I was never going to like The Last Jedi anyway because [it] erases everything the EU ever did.”

The Expanded Universe, also known as Star Wars Legends, consists mostly of licensed supplemental material that takes the form of novels, comic books, video games and television series. If you’re wondering how it connects to the big screen stories: In 2014, a Lucasfilm statement declared that “Star Wars” creator George Lucas “always made it clear that he was not beholden to the EU. He set the films he created as the canon.”

When pressed for specific complaints against “The Last Jedi,” the Down With Disney moderator expounded on his disdain for its “feminist agenda.”

“Regarding female heroes: Did you not see everything that came out of Ghostbusters? That is why,” he said. “I’m sick and tired of men being portrayed as idiots. There was a time we ruled society and I want to see that again. That is why I voted for Donald Trump.”

We asked him which of the men in “The Last Jedi” he deemed idiots. After all, we said, it was ― spoiler alert ― Luke who summoned the astral projection that let him appear before Kylo Ren in the third-act showdown, and it was Poe who figured out how to evacuate the mineral planet Crait in those crucial final moments.

All of these feelings and more apparently led the moderator and a “more technically literate” pal to deploy bots via Facebook that flooded Rotten Tomatoes with negative audience reviews about the franchise’s newfound diversity and fresh plot lines. Here’s a snippet of our conversation:

He said they also tossed in some positive reviews so their “scent can be thrown off.” The unspecified program he claimed they used to create the bots wasn’t “100% efficient,” and some of those reviews accidentally landed on the “Shape of Water” page instead. HuffPost confirmed that both positive and negative “Last Jedi” reviews appeared on the Rotten Tomatoes page for “The Shape of Water” and that they seem to have first appeared on the night of the “Last Jedi” release.

For example, a user named Kevin W gave “The Shape of Water” a half-star and said, “If you are a true fan of Star Wars. This is the worst movie ever in the Star Wars franchise. Thank you Disney for making an epic Saga for fucking two year olds. Where every two seconds there’s a quip and a joke that is not Star Wars.”

A one-and-a-half-star review on “The Shape of Water” came from a no-name account: “To slow, unnessisary side story about a casino, WHO WAS SNOKE!!!!, and Rose is annoying.”

(To be clear: No, “The Shape of Water” doesn’t reveal anything about Supreme Leader Snoke. And no, “unnessisary” is not a word.)

If bot accounts did indeed attack the “Last Jedi” ratings, it’s unknown what impact, if any, they actually had on the overall audience score. Not everyone who rated the movie poorly is an anti-feminist fanatic, of course. Either way, Rotten Tomatoes is dubious about Down With Disney’s claims.

Rotten Tomatoes vice president Jeff Voris explained the company’s theory to HuffPost: The Down With Disney moderator is retroactively finding “evidence” he can use to claim that he’s responsible for the negative “Last Jedi” reviews.

“These things happen from time to time where somebody opportunistically seizes on a moment and says, ‘Oh, that thing? Yeah, I did that,’” Voris said.

Voris cites the “Star Wars” reviews that ended up on the “Shape of Water” page as an example of specious evidence that has been heavily discussed by other outlets (such as Bleeding Cool News) and could easily have been found by Down With Disney after the fact.

At Rotten Tomatoes, Voris said they believe the errant reviews on “The Shape of Water” are the result of user error. He walked us through it, noting that on the Rotten Tomatoes homepage, the top left column lists “Movies Opening This Week” and would’ve featured “The Last Jedi” last week. But a “Featured Movie” module loads after it, pushing that column down.

Here’s the Rotten Tomatoes homepage before the module loads:

And here’s the Rotten Tomatoes homepage after the module loads:

“We take it very seriously, and we’ve looked at this, and to the best of our investigation so far this looks like legitimate user behavior,” Voris said.

A separate Rotten Tomatoes representative told HuffPost, “As a course of regular business, we have a team of security, network, social, database experts who monitor all of our platforms and they haven’t seen any unusual activity.”

The rep said that Rotten Tomatoes has taken a look at four different blockbusters ― “The Last Jedi,” “Justice League,” “The Force Awakens” and “Rogue One” ― and at the rating methods used by audiences, which include scoring a movie on the site via stars, writing reviews and voting on whether they want to see the movie. Compared to two of those films, there has been a clear uptick in users posting “Last Jedi” reviews, she said.

She added, “There’s nothing unusual in the behavior. I would say the only thing that we’re seeing is people are really passionate and they’re taking time to actually post reviews.”

Voris said there is often a hike in reviews for polarizing releases such as “Batman v. Superman” and other titles that get people “excited and fired up enough to write reviews.”

HuffPost also reached out to Change.org, where there’s a petition calling on the Walt Disney Company to remove “The Last Jedi” from the “Star Wars” canon. It has seen a surge in signatures, with more than 35,000 as of Wednesday morning, despite its creator stepping away from the cause after receiving death threats.

“Episode VIII was a travesty,” the petition reads. “It completely destroyed the legacy of Luke Skywalker and the Jedi. It destroyed the very reasons most of us, as fans, liked Star Wars. This can be fixed. Just as you wiped out 30 years of stories, we ask you to wipe out one more, the Last Jedi. Remove it from canon, push back Episode IX and re-make Episode VIII properly to redeem Luke Skywalker’s legacy, integrity, and character.”

As a prominent open platform with more than 200 million users, we’re occasionally targeted by sophisticated spam attacks. When we detect spamming activity, we work to cut off the source of the spam, remove all fraudulent signatures and restore the petition to its original state. (Our team checked to see if the petition you mentioned had been targeted by bots and it has not been.)

If Change.org is to be believed, it looks like some of the negativity around “The Last Jedi” is legitimate, even if 35,000 signatures is a mere drop in the bucket compared to the number of people seeing the film. The petition’s creator, Henry Walsh, contacted HuffPost after we first published this article to say he personally is not affiliated with the alt-right.

“The issues people with this petition have has nothing to do with race, gender, or creed of anyone and has nothing to do with real-world political affiliations,” he wrote in an update published on Change.org. “The majority of people in this petition are here because they feel that the legacy of Star Wars was mishandled and didn’t enjoy the film. Nothing more, or less.”

The user rating on Metacritic is also less than great: around 4.9 out of 10 (compared to an 86 Metascore culled from critics’ reviews). But both the Rotten Tomatoes audience score and Metacritic user rating could be notable outliers. “The Last Jedi” has received an A from CinemaScore, which surveys moviegoers on opening night, as well as a five-star rating from crowds canvassed by ComScore. As Deadline notes, “These are scientific, statistically accumulated audience exit polls that studios can take to the bank, and which they rely upon to deconstruct various elements of a film’s opening.” The movie also has a more favorable 7.8 out of 10 on IMDb and is Force-choking the box office, where it will soon cross $500 million worldwide.

It’s hard to see the kind of online negativity propagated by Down With Disney ― particularly criticism that focuses on the inclusion of heroic women, the mere possibility of a queer character or the existence of an anti-mansplaining groundswell ― as a valid debate about the film’s quality. Of course, there are plenty of articulate appraisals online, some stemming from certain fans’ distaste for the script’s humor or the fact that more of the mysteries raised in “The Force Awakens” weren’t solved to their satisfaction. And that’s fine. After all, we’re talking about a 40-year-old franchise ― some people are bound to dislike certain parts.

But, all things considered, it’s possible that the overall narrative about audience backlash has been overblown thanks to this ostensible “alt-right” bot bombing.

We do have to agree with at least one aspect of the negative reviews, though: “The Shape of Water” would make for a bewildering “Star Wars” movie.

This post has been updated to include comments from the creator of the Change.org petition. 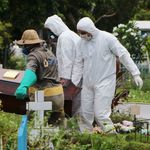 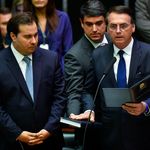 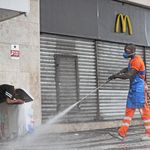 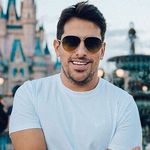 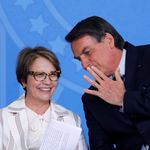 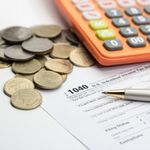