The romantic comedy is a broad genre. Its movies can be quirky art films, popcorn fare packed with pratfalls, pasted-together pablum made for Hallmark binges. I love them all, more or less, even the ones that I strongly disapprove of. (“The Ugly Truth,” I’m lookin’ at you. In fact, I have looked at you, all the way through, despite your incredibly misogynistic plot.)

But the best kind of rom-com, in my opinion, isn’t necessarily the best rom-com, in the sense of the most skillfully wrought or narratively ambitious or sharply scripted. It doesn’t need to be Oscar bait. It’s the rom-com that hits me like a high school crush, irrational and obsessive.

“To All the Boys I’ve Loved Before” is my new crush. It fills my chest cavity with fizzy, buoyant, bittersweet emotions. I would marry this movie, maybe, or at least go steady with it for a while. Sure, it has its flaws ― some dangling narrative threads, some implausible twists, a touch light on the comedy end ― but no partner is perfect.

Could it work out? Well, relationships take commitment, like my dedication to rewatching this movie fully three times in the three days since I first viewed it. Relationships take work, like the relentless effort that I’ve devoted to locating and reviewing the most objectively adorable scenes in this movie approximately 43 times apiece. (This was hard; there are a lot of them.)

I want to talk to everyone about it, but I also feel possessive, jealous. I want people to agree and understand how I feel about it, but if they do, I feel a bit heartbroken that anyone could share this special feeling.

Unfortunately for my greedy lizard brain and fortunately for other rom-com lovers, “To All the Boys I’ve Loved Before” dropped on Netflix on Friday. It belongs to all of us now.

Based on the Y.A. novel by Jenny Han, adapted for the screen by Sofia Alvarez and directed by Susan Johnson, “To All the Boys I’ve Loved Before” follows the first love story of a 16-year-old girl obsessed with love stories, Lara Jean Song Covey (Lana Condor). When the movie opens, she’s a homebody, with few friends and no dating history, who’s close with her two sisters and her dad, a well-meaning gynecologist (John Corbett) who has tasked his eldest daughters with keeping the household going after the untimely death of their mother.

Lara Jean is a hopeless romantic, filling her mind with romance novels and a teal hatbox with love letters to boys she had intense crushes on in the past. One of those crushes, her neighbor and best friend, Josh Sanderson (Israel Broussard), isn’t exactly in the past; unfortunately, he’s also the longtime boyfriend of her elder sister, Margot (Janel Parrish). But as Margot heads halfway around the world for college, she dumps Josh and leaves a massive void in Lara Jean’s social life.

It’s Lara Jean’s 11-year-old sister, Kitty (Anna Cathcart), a gregarious smart aleck, who takes pity on her hopelessly lame big sister and, in a wild swing at throwing her into the deep end of high school romance, sends out all five of the love letters ― including the one addressed to Josh.

Horrified by the idea that her most secret, most forbidden crush now has evidence of her feelings, Lara Jean scrambles to misdirect him. When the most popular jock in school, Peter Kavinsky (Noah Centineo), another letter recipient, approaches her to gently give her the brush-off, she takes the opportunity to plant a kiss on him in front of Josh. Soon, Peter realizes this could work to his advantage as well; he has just been dumped in favor of a college guy by his girlfriend, Genevieve (Emilija Baranac), who happens to be Lara Jean’s former best friend and current nemesis, and he’s desperate to make Gen jealous to win her back. He and Lara Jean sign a contract to pretend to date until Josh is off the scent and Gen wants Peter back.

So the stage is set: an improbable setup, leading to a fake relationship. It’s classic rom-com fare. The story plays out with familiar beats and set pieces, bits I remembered from beloved predecessors like “A Walk to Remember,” “She’s All That” and “10 Things I Hate About You,” movies designed to make you remember, viscerally, the terrifying thrill of first love.

But damn, does ‘To All the Boys I’ve Loved Before’ stick just about every landing, in part by reshaping misogynistic and shallow tropes.

But damn, does “To All the Boys I’ve Loved Before” stick just about every landing, in part by reshaping misogynistic and shallow tropes of the genre in ways that make it feel more honest and yet also more optimistic.

The film nods, rather controversially, to the problematic history of the rom-com during a scene in which Lara Jean and Kitty ― whose mother was Korean-American ― share their favorite movie, “Sixteen Candles,” with Peter.

She and Kitty watch it for Jake Ryan, the dreamy love interest. Of course, rom-coms with overtly racist caricatures weren’t the only ones for the Covey girls to watch, but the point is taken: Asian-American girls have had to find their pop culture fixes where they could get them, even at the severe cost of being not only erased but mocked.

In “To All the Boys I’ve Loved Before,” an Asian-American girl gets to be the heroine, not the sidekick or the caricature. But it’s not just that. It’s the goofy widowed OB/GYN dad (h/t “10 Things I Hate About You”), reconceived as supportive and pro-sex ed rather than as a militant abstinence zealot. It’s the evil popular girl Gen, whose hold on Peter isn’t presented as a weird sexual mind control but as the realistic result of first love between two flawed people who will always care for each other. It’s the fake relationship not spun as a prank by the cool kid on the pathetic nerd but as their shared project. There’s not even a makeover scene after which Peter finally realizes Lara Jean can be hot; instead, he falls for her exactly the way she is, because she’s someone he can talk to and have fun with.

But the most important ingredient for a truly crushable film must be the crushability of the leads. Centineo and Condor deliver. Condor is as winsome and innocent as the shy 16-year-old she’s portraying, with the full-bodied awkwardness of an unpopular girl who has found herself thrown together with the hottest guy in school. Centineo, with his expressive dark eyebrows, lopsided smirk and husky voice, is equally winning whether he’s teasing Lara Jean or gazing at her with his heart in his big liquid eyes. Even at his most dickish moments ― he does, after all, start out as the lacrosse bro dating the hot bitch ― he conveys a bedrock kindness and an underlying vulnerability that make it seem inevitable that romantic Lara Jean will fall for him.

Honestly, who wouldn’t? Look at them, you monsters! Don’t tell me you don’t want to be inside their fictional relationship right now!

By the end of this movie, I was weeping, mostly with sadness for my squandered teenage years, which were spent making sure no boy ever found out I liked him, in order to spare myself rejection. You don’t get a beautiful high school romance you can remember forever with that strategy.

As my abundant tears probably betray, one may quibble about whether this movie is, exactly, a rom-com. “To All the Boys I’ve Loved Before” lacks the sappy drama of “A Walk to Remember” or “The Notebook,” but it’s also light on knee-slapping jokes and physical gags. Instead, it’s something that cuts much closer to the bone than either of those: a gentle, witty, nuanced movie about family, grief and growing up, wrapped around a love story that’s both believably bumbling and an irresistible fantasy. 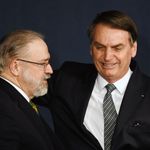 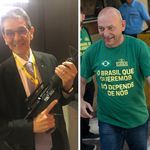 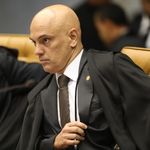 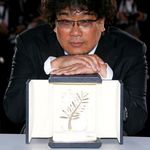 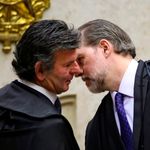 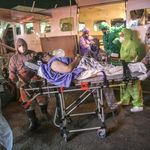