That’s after this video of someone petting an animal became the latest to send Twitter users down a rabbit hole.

Rabbits love getting stroked on their nose pic.twitter.com/aYOZGAY6kP

A majority of people appear to believe the animal involved is a raven.

But opinion is still split:

Not sure if rubbing left looking rabbit on the nose
or
an upward looking bird on the head (ears=beak) pic.twitter.com/RxTMwWD7za

I don’t know... The beak seems too curved for a crow. But if it is, I would definitely love to have a pet crow like that!

This just blew my mind... Is He Petting a Rabbit or a Raven? https://t.co/ZjRcJVIou3

I don't understand. Is it a rabbit or a raven?!?! pic.twitter.com/R4TEB8Kubo

Watched this twice to realise it’s a rabbit and no a Raven 😂 https://t.co/yejzqWtHvW

That is not a rabbit, it is indeed a Corvid. Notice the nictitating membrane when it blinks. Instead of moving up and down, it sweeps across the eye horizontally like a windscreen wiper and is translucent.

I did see a raven at first, but it’s definitely a rabbit

The answer, however, lies in how the footage went viral.

The video was originally posted to the image-sharing website Imgur by a user called HorseonaBike, who captioned it, “Quoth the Raven ’awwww yissss,’” an apparent reference to a line from the Edgar Allan Poe poem “The Raven.”

Imgur then tweeted the video with the caption: “I think there’s something wrong with your rabbit.”

Dan Quintana, a senior researcher in biological psychiatry at the University of Oslo, echoed the lighthearted rabbit-themed comment when he reshared the clip, prompting the debate that continues to rumble on online.

Quintana told HuffPost on Tuesday that he was compelled to share the video because “the static-bird/rabbit illusion (below) is well-known within psychology and philosophy.”

“I thought it was fairly clear that the video was of a bird (unlike the original image, which is designed to be ambiguous), as you can see the translucent nictitating membrane sweep across the eye horizontally (rabbits don’t have membranes like this) and the positioning of the ‘ears’ are a little strange,” Quintana explained.

“Because of this, I made the rabbit comment to prime people into thinking it was actually a rabbit, to give it a fighting chance, so to speak, in this recreation of the original illusion,” he added. “I mentioned the nose in the text of the tweet, as the ‘ears’ and eyes were the giveaways that this rabbit was a bird. When you only see the beak in your peripheral vision, it really seems like they’re ears. Without this misleading cue, I thought most people would have seen a bird.”

Quintana, whose research surrounds “how context and attention can influence what we perceive in the world,” said it was “fascinating to see that priming people with the thought of a rabbit was able to influence some people into actually *seeing* a rabbit (or at least second-guessing what they see).”

“Of course, a tweet like this is among the furthest things from a rigorous laboratory experiment, but it’s still interesting nonetheless,” Quintana added.

This article has been updated to include comments from Quintana. 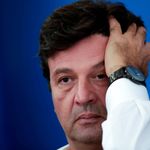 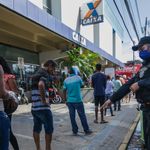 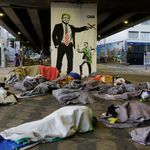 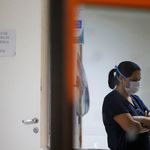 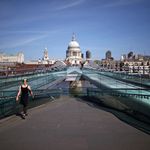 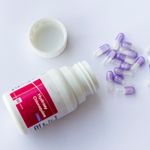