Finally science has produce evidence that supports what we already knew -- the whole "men are from Mars, women are from Venus" trope is false. According to a new study from the University of Rochester, men and women don't have such distinct psychological characteristics after all.

The researchers, Harry Reis, a professor of psychology at University of Rochester, and Bobbi Carothers, senior data analyst for the Center for Public Health System Science at Washington University in St. Louis, concluded that characteristics that we traditionally associate with one sex or the other actually exist on a continuum.

"Although gender differences on average are not under dispute, the idea of consistently and inflexibly gender-typed individuals is," they wrote. "That is, there are not two distinct genders, but instead there are linear gradations of variables associated with sex, such as masculinity or intimacy, all of which are continuous."

Carothers and Reis reanalyzed the data from 13 previous studies, all of which had shown significant social differences between men and women. Overall, they compiled data on over 13,000 individuals -- including a sample of 109 men and 167 women from a university psychology class which the researchers surveyed themselves -- and looked at 122 different characteristics. They examined everything from physical strength and sexual attitudes to academic preferences, mate selection criteria and major personality traits, and ran the data through three different statistical procedures, looking for characteristics that could reliably indicate whether an individual was a man or a woman. Turns out, there aren't many.

The data, published in the February issue of the Journal of Personality and Social Psychology, showed that men and women as two groups do generally display distinct physical characteristics, with minimal overlap. For example, men are overwhelmingly taller than women and tend to have wider shoulders. But when it comes to psychological traits, there is a whole lot more overlap than there is difference.

The visual below demonstrates this pattern. The top graph shows physical strength, in which there is a visible split between the men and women the study examined and very little overlap between the two groups. On the other hand, the bottom graph shows assertiveness, which is stereotypically seen as a "masculine" trait. Looking at the second chart, it becomes apparent that it would be impossible to determine whether someone was a man or a woman based on how assertive they are, just as it would be impossible to determine one's gender based on one's math skills. 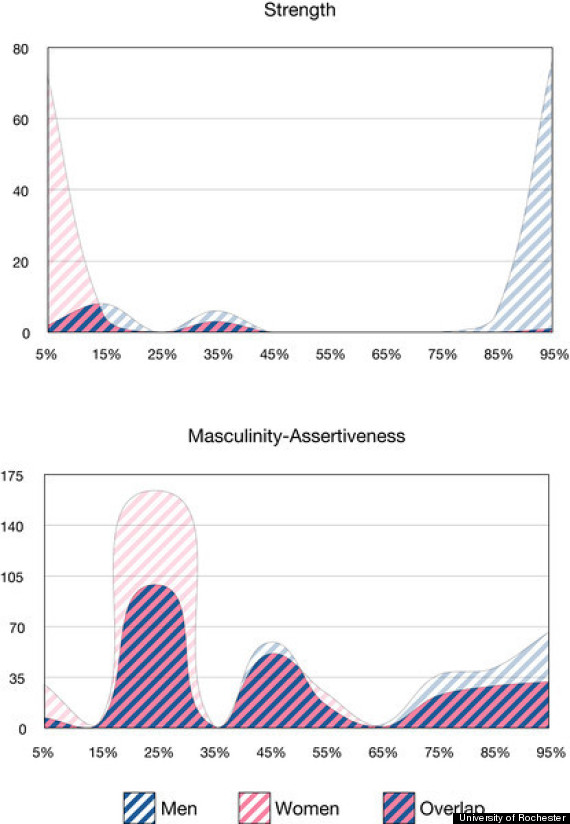 Gender differences may exist, but they don't exist in the way that women's magazine articles on "What He Really Thinks About (Insert Subject Here)" would have us think. "[We have a] tendency to categorize things -- it's easier to think of 2 things (men are one way and women are another) than it is to think of all of the nuances of overlapping distributions, particularly if they're not brought to our attention when we hear about an average difference," Carothers told Raw Story.

Far from seeing men and women in separate psychological categories, Carothers and Reis' findings support the idea that individuals' differences often have little to do with gender. "Sex is not nearly as confining a category as stereotypes and even some academic studies would have us believe," Carothers said in a press release. 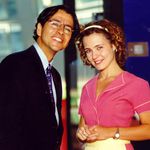 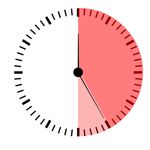 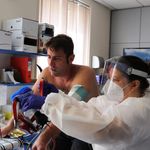 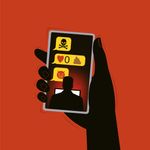 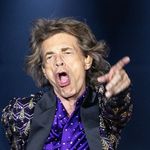