UPDATE ON AUG. 16: On Tuesday, President Donald Trump defended people who attended the white supremacist rally in Charlottesville, Virginia. He condemned “neo-Nazis and white nationalists,” but also suggested that anti-Nazi counterprotesters instigated the weekend’s violence. “What about the alt-left that came charging at the, as you say, the alt-right?” he asked reporters.

Trump, who typically tweets swiftly and strongly in response to things he dislikes, initially issued vague rebukes to the violence, saying there was hate “on many sides.” He did not personally denounce specific hate groups until Monday.

“Racism is evil, and those who cause violence in its name are criminals and thugs, including the KKK, neo-Nazis, white supremacists and other hate groups that are repugnant to everything we hold dear as Americans,” Trump said.

The fact that Trump didn’t immediately call out the ideology by name tracked with members of the so-called “alt-right” themselves, who use a variety of misleading terms to describe their racist beliefs. And during Trump’s presidential campaign, white nationalists intentionally toned down some of their language in order to appeal to mainstream voters.

It’s helpful first to parse the various phrases that have been thrown around. “White supremacy” refers to a “full-fledged ideology” that asserts whites should have dominance over people of other races, according to the Anti-Defamation League. “White separatists” promote physical separation of races. A “white nationalist” emphasizes that countries or regions should be defined by a white racial identity. Other ideologies under the nationalist umbrella ― neo-Nazi groups, for example ― openly praise Adolf Hitler. The founder of Aryan Nations, Richard Butler, wanted an all-white homeland in the Pacific Northwest.

But delving into the specifics of each of these subgroups can sometimes miss the point. “Very often it’s useful to call people what they are: racists or white supremacists,” said Mark Potok, senior fellow at the Southern Poverty Law Center.

Complicating these distinctions even further, white nationalist groups often use euphemisms to make their ideas appear less repugnant. Jared Taylor, publisher of American Renaissance, a website that regularly features racist screeds, says that he is not a white supremacist, a Nazi or a racist. “A ‘racist’... is always considered to be a moral inferior,” he wrote in an email. “I totally reject that view.”

Terms that Taylor and others who hold similar views prefer: “race realist” or “white advocate.” They may also refer to themselves as advocating for “Western civilization” or “European heritage,” or say they are merely combating white “dispossession” or the “administrative removal of Americans of European extraction.”

They also love the term “alt-right,” which SPLC defines as “a set of far-right ideologies, groups and individuals” who believe white identity is under attack. The term is merely “a relabeling of white nationalism for the digital age,” Potok said. “It’s a little more pitched to young people.” (Millennials may be well aware that being seen as a racist is a bad thing, even if they embrace racist viewpoints.)

Breitbart has published a glowing guide to the alt-right, suggesting its members are different from “old-school racist skinheads” because they are “a much smarter group.” In one post, a headline described political analyst Bill Kristol as a “renegade Jew.” Another article published last year, weeks after the mass shooting at a black church in South Carolina, celebrated the Confederate flag, a symbol embraced by racists.

“I am very frustrated by the normalization of these ideas and the notion that they are finding acceptability in mainstream discourse,” said Ted Shaw, a law professor at the University of North Carolina School of Law at Chapel Hill. Last year, the Trump campaign denied allegations that now-White House chief strategist Steve Bannon is a white nationalist or a part of the so-called alt-right, the movement’s latest preferred moniker. “Nothing could be further from the truth, and it’s irresponsible for anyone to even make such a baseless accusation,” Jason Miller, communications director for Trump’s transition team, said in a statement provided to HuffPost.

But at the time, anti-extremist groups, such as the SPLC and the Anti-Defamation League, disagreed with the Trump camp’s characterization of Bannon. “[He] was the main driver behind Breitbart becoming a white ethno-nationalist propaganda mill,” the SPLC said on Twitter. Breitbart News is “the premier website of the alt-right, a loose-knit group of white nationalists and unabashed anti-Semites and racists,” the ADL said.

As David Pilgrim, founder and curator of the Jim Crow Museum at Ferris State University in Michigan, said, it’s useful to look at an individual’s statements, associations and sentiments. “It becomes one of those ‘if it walks like a duck, looks like a duck and quacks like a duck’ kind of things,” he said.

Last year, Pilgrim also said he had “no doubt” that as time goes on, alt-right adherents would be seen as promoting white nationalism, even if they’re not dressed up like neo-Nazis or wearing KKK hoods. “We’ve allowed someone, and I’m not sure whom,” to restrict the use of the term “white supremacist” “to only the guy in the racist uniform.”

But in light of the violence in Charlottesville, Republican lawmakers, including Trump supporters, have not backed away from immediately condemning the racist movements by name. “Calling out people for their acts of evil — let’s do it today. White nationalist. White supremacist,” Sen. Cory Gardner (R-Colo.), who also tweeted condemnation of “white supremacists” on Saturday, told CNN. 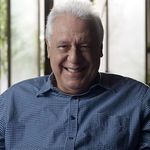 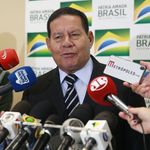 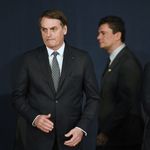 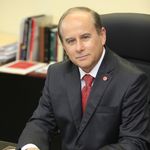 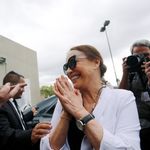 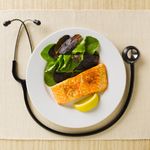