WASHINGTON ― With Democrats back in control, the House passed the most significant piece of gun control legislation in more than two decades Wednesday.

By a vote of 240-190, the House approved a bill that would require background checks on all gun sales in the United States. Currently, only licensed firearm dealers have to perform background checks, and unlicensed dealers ― such as those at gun shows ― can sell a gun without going through the National Instant Criminal Background Check System (NICS).

Eight Republicans joined all but two Democrats in support of the bill, and the measure will now go to the Senate, where it faces an uncertain future. Senate Majority Leader Mitch McConnell (R-Ky.) has not committed to bringing the bill up for a vote, and it likely doesn’t have the 60 senators it needs to make it to a final vote.

But the bill passing the House Wednesday marks a significant turn in its own right. The last gun control measure to pass the House was in 1994, the sweeping Violent Crime Control and Law Enforcement Act that banned a number of semi-automatic weapons. And though Democrats have repeatedly tried to pass other gun control measures when Republicans controlled the House ― Democrats actually first introduced the legislation as a response to an attack on former Rep. Gabby Giffords (D-Ariz.) ― they were unable to get up-or-down votes on a bill in recent years.

But support in Congress has been mounting for stricter gun laws. While the new Democratic majority in the House made passage of the background checks bill possible, the eight Republicans who supported the bill Wednesday show how the gun issue isn’t falling as neatly along partisan lines.

Rep. Peter King (R-N.Y.) actually co-sponsored the background checks bill with Democrat Mike Thompson of California, and public support for universal background checks has been growing with each mass shooting. A Quinnipiac poll conducted at the end of 2017 showed that 97 percent of respondents supported background checks for all gun buyers.

But Republicans still found ways to oppose the bill, saying the legislation wouldn’t do much to address gun violence and was a broadside against Second Amendment rights.

Rep. Pete Stauber (R-Minn.), a former police officer, recounted a story Wednesday about his getting shot in the head while off-duty, and he spoke against the bill because he wanted to protect gun owner rights and said there were better ways to address gun violence.

Another shooting victim, Minority Whip Steve Scalise (R-La.), spoke in opposition Wednesday because of new regulations preventing someone from lending a gun to a friend. He said the provisions on lending a gun to a hunting partner were so confusing that you might have to also bring your attorney on the hunt.

And another Republican ― Bradley Byrne (R-Ala.) ― said this legislation wouldn’t prevent criminals from getting their hands on guns. “Criminals are going to do what they already do ― make illegal transfers of firearms,” Byrne said. But, he charged, it would prevent, say, someone from letting their cousin borrow their gun. (The legislation actually includes exemptions on background checks for family members and “transfers for hunting, target shooting, and self-defense.”)

Republicans were also successful in getting Democrats to adopt a motion to recommit that would notify the Immigration and Customs Enforcement agency when immigrants without legal status attempt to purchase a gun. That motion was adopted 220-209, with 26 Democrats supporting the GOP motion. The language was quickly added and the vote on the underlying bill still proceeded as scheduled.

While this first piece of gun legislation wouldn’t affect a significant number of firearm sales, Democrats looked at this bill as long-awaited action after so many mass shootings and moments of silence.

As Majority Leader Steny Hoyer (D-Md.) said on the floor Wednesday, “The moments of silence have not worked.”

And while Democrats readily admitted more action would be needed, Democrats lauded the legislation as something that would break the normal pattern in Congress.

That sit-in, which came in response to the Orlando night club shooting in 2016, lasted for 11 hours, with Democrats seizing the floor to try and force action on gun control.

But there was no action, and gun control fell by the wayside.

One of the leaders of that sit-in, Rep. John Lewis (D-Ga.), praised the legislation as overdue action. “We feel your pain,” Lewis said. “We heard your cries. And today we are going to answer. Today. Now.” 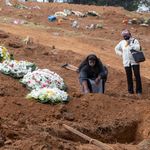 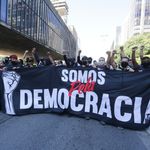 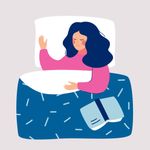 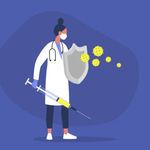 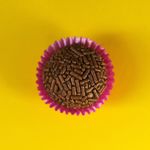 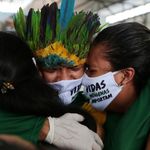