Gal Gadot plays a superhero on the big screen, but behind the scenes the actor and mother of two has a host of rituals to get ready for that kind of role, as well a routine to take care of her mind and body on a daily basis.

This spring, fans can catch Gadot in “Wonder Woman 1984,” the sequel to the 2017 hit film that garnered box office and critical success. You’ll also start seeing a lot more of Gadot, even before the movie lands in theaters on June 5, as she officially became the new marketing face of Coca-Cola’s bottled water brand Smartwater this week.

HuffPost met Gadot to chat about her wellness routine, “Wonder Woman 1984” and the importance of female directors.

There are so many things that you could do for wellness. What’s your personal holistic approach to wellness?

Do you have enough time?

Yeah, exactly, I hear you!

I think that staying hydrated is a big thing. And especially for me when I travel all the time, this is something that always makes me feel energized and good. Now, as a philosophy of life that I have is, we live in such a modern, hectic, busy, pressured lives; and something that is really big for me is balance and finding the balance in everything that we do and finding ways to really charge ourselves both physically, mentally, spiritually and emotionally.

When it comes to my body, I make sure I drink water. I make sure I work out. I make sure whatever I consume as much as I can is healthy and good for me. I try to meditate as much as I can and this is something that I try to teach my little girls how to do. And then, it’s just finding balance between being a mother who works ... It’s like an endless struggle of trying, between the children’s schedules to your schedule, to your husband’s schedule to life. I really, really try to make time for family, make time for myself and really be mindful of that ― of balancing all the different aspects of life. And it is a constant thing 'cause it always changes … And also understanding that as long as we’re doing our best, that’s all we can do … and let go, when it’s time.

So proud to announce my new partnership with @smartwater, a brand that is rooted in innovation both inside & outside the plant based and 100% recyclable bottle! smartwater has personally been a part of my life for many years and I’m excited to be a part of the team! 💧#ad

I’m curious, have you connected with Jennifer Aniston, who previously teamed with Smartwater?

My God, I wish. I love Jennifer Aniston. She’s one of my favorite actresses, and I adore her and admire her work. And I’m very happy to be partnering with Smartwater just like she did.

I get that. You mentioned your daughters earlier. What do you want to instill in them just beyond wellness?

I mean, that’s all you can do, right?

We’re talking about wellness and staying healthy. What do you do to prepare for a role like Wonder Woman?

It’s months of training and being on a special diet. And of course, at all times drinking lots of water, because especially when you’re training it’s a must for the muscles as well. We do a lot of gym strengthening work and a lot of stunt and choreography workouts. And I incorporated some Pilates into the last movie because I was like, “I need to do something that is good for me and not just compress the body,” so we do Pilates as well. And yeah, it’s very intensive. But I must say that after a couple of months of being very exhausted doing it every day, you really get into it and you’ll be amazed by what your body can do.

Because you do a lot of your own stunts, right?

Yeah, and I have two stunt girls who I love and are amazing and they should have their credits as well, but I do most of it. On this movie, we made sure that unlike many superhero films when you do it mostly green screen, we made sure to shoot as much as we can for real and on location. And it’s been very complicated and very lengthy and demanding, but it was so worth it.

“Wonder Woman” comes out later this year. If you had to tease what people can expect, what would you say without saying too much, of course?

Well, it’s a whole new journey of Wonder Woman on this film. And I hope and think that it’s going to have a profound effect on people because the movie is very universal. And other than the fact that it is packed with action and love story and new villains and the story is so great, I think there’s an under-layer that’s going to speak to each and every one of us.

“Wonder Woman” was directed by a woman, starring a woman. But here we are a couple of years later in the midst of awards season and no women were nominated in the director category at the Golden Globes, for instance. As owner of your own production company, what do you think about that?

I think everyone is talking about women empowerment and feminism; and obviously, granted by just the plain facts that you just mentioned, we’re not there yet. There’s still a long way to go. I think there are some fabulous, super talented female filmmakers that deserve to be recognized. And I can only hope, and do the work on my end as far as I can with my production companies and as a producer on “Wonder Woman” and other films and TV shows, that it’ll change. We’re just at the beginning of a trend.

This interview was edited and condensed for clarity. 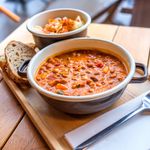 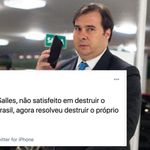 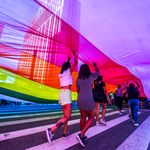 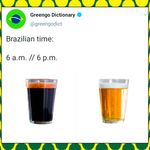 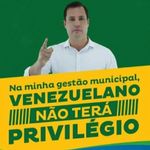 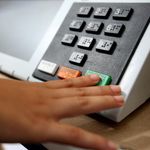