Every afternoon, Ellen DeGeneres ends her popular talk show with the same edict: “Be kind to one another.” In her opening monologues, she says things like, “Try to do something kind this week. If we all did one kind thing for someone else, it would make such a difference.” On the 50th anniversary of Martin Luther King Jr.’s “I Have a Dream” speech, DeGeneres — or whoever runs her Twitter account — tweeted, “I have a dream that we all choose to be kind to one another.” Online, she sells sweatshirts, mugs and stainless-steel straws under what she calls the Be Kind Collection. For roughly $200 a year, you can receive quarterly Be Kind By Ellen subscription boxes full of “Ellen’s hand-picked products.”

To say that DeGeneres has made the concept of kindness her brand is an understatement. Her entire public identity is wrapped up in that five-word signoff, or at least it was before her gilded veil started to fray. In 2014, Q Score respondents named her America’s favorite daytime TV host, cementing her reputation for likability. Those persistent pleas for benevolence also helped nudge the country toward broader LGBTQ acceptance, letting DeGeneres’ multimillion-dollar success read as a referendum on the career-threatening homophobia she faced when she came out in 1997.

But now America has learned DeGeneres wasn’t playing by her own rules. Over the past several months, the nature of her character has been called into question, making her entire image and the intent behind it seem suspect. We tend to lionize rich entertainers for the joy their work brings to our lives, and in the past decade, the ones who represent social progressivism have been placed on pedestals and turned into symbols. But symbols are often misleading, and rich entertainers are often too divorced from reality to understand the concerns of everyday people who don’t have paid sycophants shielding them.

In March, comedian Kevin T. Porter asked Twitter users for “the most insane stories you’ve heard about Ellen being mean,” which led to thousands of unverifiable but damning replies. In April, “Ellen DeGeneres Show” crew members said they’d been given little information about how the COVID-19 pandemic would affect their livelihoods. Two different BuzzFeed reports published in July detailed a “toxic” environment behind the scenes. Some employees said they were instructed never to speak to DeGeneres, and some alleged that two of her producers sexually harassed subordinates. WarnerMedia, the company that owns the show, has launched an internal investigation. Meanwhile, a former Los Angeles server reportedly told The Daily Mail that DeGeneres asked the manager of the restaurant where she worked to suspend her because her nail polish was chipped. “Everybody Loves Raymond” actor Brad Garrett called DeGeneres’ duplicity “common knowledge,” a sentiment that echoes something Kathy Griffin wrote in her 2016 memoir: “I’m almost positive a certain beloved daytime talk show host once had me kicked out of a backstage dressing room at the Emmy Awards. I can’t prove it, but this person, who has short blonde hair, has a mean streak that all of Hollywood knows about.”

Griffin’s remarks are telling. DeGeneres’ “mean streak” has apparently been an open secret for quite some time, disguised by relatable humor, goofy dancing, televised philanthropy and star-studded birthday parties. For many who welcome DeGeneres into their living rooms, she is positivity incarnate, making revelations like these something of a betrayal. The accusations don’t nullify what DeGeneres’ presence has done for Middle America’s perceptions of queerness, but anyone who bought into such a calculated exercise in persona creation is right to feel duped.

Online, I’ve observed two starkly different reactions to this saga. On one end of the spectrum, there’s a predictable schadenfreude: Finally, this well-protected fraud is being exposed. But on the other end exists something more nuanced: a sense of loss. DeGeneres is hardly dead — as far as we know, her show will go on — but there’s a funeral happening for the Ellen who once was.

That duality reminds me of the reactions to J.K. Rowling, another luminary who contradicted her reputation this summer. When Rowling challenged the validity of transgender womanhood on Twitter and her personal website in June, it felt like an uppercut to every “Harry Potter” disciple who believes that trans lives matter. The blowback was swift. Rowling labeled it her “cancellation,” even though she still has a publishing deal and a Hollywood franchise. “These times are hard enough without YOU, a wealthy white woman, tweeting transphobia from your mansion,” model and activist Munroe Bergdorf, who is trans, tweeted in response. Sarah Paulson told Rowling to “shut up.”

It’s not just that Rowling wrote a cherished series that spawned eight film adaptations and lodged itself in our cultural vernacular enough to inspire comparisons between Donald Trump and the all-powerful villain Voldemort. The rub of Rowling’s anti-trans ideology is that it bucks the open-mindedness she sought to promote in her books. What is “Harry Potter” if not the story of an unwanted outcast who discovers his worth after finding a welcoming community? Many LGBTQ readers who grew up fantasizing about Hogwarts saw queer subtext nestled within Rowling’s wizardry, and the author further validated their perspectives by continually supporting gay causes. To see her impugn trans women does not compute with the J.K. Rowling who once seemed like a fortress of tolerance. She was supposed to be the good billionaire.

The mourning that followed Rowling’s rants was even greater than that over DeGeneres’ alleged meanness, partly because “Harry Potter” has generated a cottage industry among its rabid fan base. Imagine how painful it must have been for the diehards who run the sites MuggleNet and The Leaky Cauldron to speak out against their hero. Imagine how startled Daniel Radcliffe, Eddie Redmayne and other Rowling collaborators must have felt as they searched for the right words to distance themselves from their characters’ proprietor. Rowling long ago was granted, and accepted, an outsize role in the popular imagination, and now the empowerment she preached belongs to those who oppose her misguided convictions. It’s the worst kind of irony.

Watching Rowling’s and DeGeneres’ twin downfalls raises existential queries about the nature of contemporary celebrity. If two of the most trusted women alive can’t, in fact, be trusted, who can? The role a bubbly talk show host or life-affirming YA author plays is different from that of a pop star or movie idol; Rowling and DeGeneres were more like companions than demigods. DeGeneres made that much clear in “Relatable,” her 2018 Netflix special, saying, “It’s a wonderful thing, it is. Here’s the downside: I can never do anything unkind ever now. Ever. I’m the ‘be kind’ girl.” The persona she’d constructed had turned into a trap.

Maybe DeGeneres used to be as lovely as she purports to be. Revisiting 17-year-old clips from the “Ellen DeGeneres Show” pilot on YouTube makes me wonder. She had a different energy then, more engaged and grateful. Her timeless HBO special “Ellen DeGeneres: Here and Now” ― which was released in 2003, less than two months before her talk show premiered ― is as endearing as standup comedy gets. And so I wonder if time did a number on DeGeneres, if money hardened her, if becoming one of the most visible celebrities on the planet infected her psyche. Most of us will never experience a reality wherein we cannot step outside without being mobbed, where our right to privacy is under constant attack. We will never know to what degree that lifestyle robs the famous of their sanity, forcing them to erect walls, literal and metaphorical.

In 2020 alone, as COVID-19 has wreaked havoc everywhere, we’ve seen so many entertainers diminish their own value. Kanye West is making good on his threat to run for president. Madonna posted (and later deleted) a deranged coronavirus conspiracy video. Lana Del Rey is offering meaningless Instagram diatribes in which she compares her feminism to that of women of color. M.I.A. seems to have become an anti-vaxxer. Gal Gadot convinced herself that an all-star medley of John Lennon’s “Imagine” — a song that has zilch to do with a health crisis — would help us common folk feel better. In the wake of the recent Black Lives Matter surge, Terry Crews has been warning about the preposterous potentiality of “Black supremacy.” Smash Mouth frontman Steve Harwell told a mask-free crowd, “Fuck that COVID shit!”

It is not our duty to educate the rich and distinguished, nor to convince them to put more care into what they say, do and think. They have the means — and, right now, the time — to investigate their deficiencies. Perhaps some of them will. In the meantime, the public is left to grieve the forward-thinking harmony that Rowling and DeGeneres represented, not because it can’t exist without them but because they helped make the world better and then turned away from their principles. If you’re sad about that, you’re not alone. 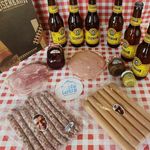 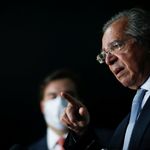 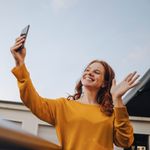 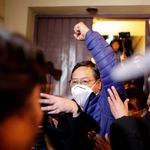 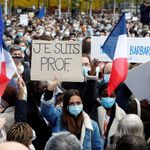