Donald Trump fired Derek Arteta from Season 6 of “The Apprentice” after the contestant referred to himself as “white trash.”

Trump’s move was hypocritical considering the ongoing name-calling feud the businessman was having with Rosie O’Donnell at the time, Arteta said during an exclusive interview with BuddyTv in 2007.

Arteta, who said he made the comment jokingly, said Trump was probably just having a bad day and the joke may not have come across well. But Arteta said that, regardless, he felt Trump blew the statement out of proportion, and he pointed out the paradox in Trump’s offense at the “white trash” snark.

“I think it’s ironic now that the week he tells me I’m getting fired for being white trash is the week he’s appearing on ‘Wrestle Mania.’ If the Trump brand is supposed to be luxury and he can’t have somebody who is white trash working for him, then what’s he doing on ‘Wrestle Mania’?” Arteta said. “And what was he doing on the Emmy’s three years ago singing Green Acres? And overall what is he doing having this feud with Rosie and calling her a degenerate and a fat-ass? You’re telling me that that’s class and luxury?”

The same paradox can be seen in the way Trump speaks about people of color.

He has repeatedly called Mexicans “rapists” and “criminals.” In his recent push to persuade black voters, Trump has managed to assume that all black people live in crime-ridden neighborhoods. Trump also hired Stephen Bannon, executive chairman of Breitbart News Network, to serve as the chief executive of his campaign even though Breitbart.com has grown into a refuge for white supremacists.

But racial insensitivity has been a part of Trump’s character for a while ― as Arteta revealed in another interesting aspect of his firing. The week before he’d been fired, contestants were tasked with setting up a kiosk at a mall and getting people to sign up for Priceline.com. Arteta and his teammate were informed that the mall’s consumer base was 50 percent Hispanic.

It’s interesting because the previous week was the whole Latino issue and ― they cut this out ― but I was saying, “Listen, for you to assume that because there’s Latinos in the mall that they don’t speak English is a racist notion.” And so, for me, it was stupid for him to not care about the racist notion of these Latinos who don’t speak English but yet he’s upset about the white trash comment. I just didn’t get it; I didn’t get it at all. Maybe it hit too close to come [sic] for him?

The team, however, still lost the challenge.

CORRECTION: A previous version of this story incorrectly referred to Derek Arteta as Derek Areta.

Editor’s note: Donald Trump regularly incites political violence and is a serial liar, rampant xenophobe, racist, misogynist and birther who has repeatedly pledged to ban all Muslims — 1.6 billion members of an entire religion — from entering the U.S. 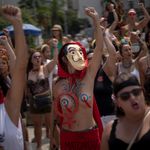 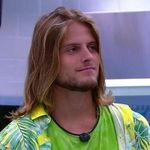 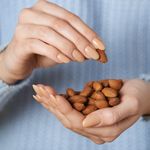 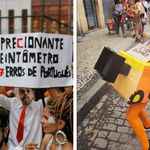 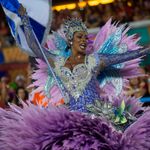 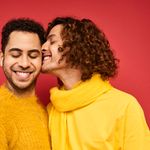