A dog’s devotion to his home is making national headlines after his owner found him guarding the property weeks after the residence and the surrounding area was burned to the ground by Northern California’s Camp Fire.

Now-viral video shows Madison, an Anatolian shepherd dog, reuniting with 75-year-old Andrea Gaylord on Wednesday ― the first day she was permitted to return to her land in the town of Paradise.

But Madison hadn’t been totally on his own before that. In the aftermath of the fire in early November, animal rescuer Shayla Sullivan received a request to search for Gaylord’s two dogs, Madison and his brother, Miguel. (Though some outlets have reported Sullivan is a volunteer with K9 Paw Print Rescue, which posted about her story on Facebook, she clarified that she is not affiliated with the group.)

Sullivan told HuffPost that when the fast-moving Camp Fire broke out, Gaylord had just minutes to escape and wasn’t able to find Madison and Miguel.

A different rescue worker managed to capture Miguel not long afterward, and he was ultimately reunited with Gaylord and her husband. But while Madison’s whereabouts remained a mystery, Sullivan had a hunch he wasn’t too far away. After all, some type of animal was eating the food and water she was regularly leaving out.

“The third day I went in there, I didn’t know if my mind was playing tricks on me, but I felt like I saw a flash of white movement down in the canyon,” she said.

As it turned out, Sullivan was right ― but it took a familiar person coming home to convince Madison it was safe to show his face. When Gaylord drove up to the property the first day authorities allowed her back, it took “about five or 10 minutes” for Madison to come bounding up to greet her, tail wagging.

“When Andrea showed up, he smelled” her, Sullivan said.

Even more amazing was seeing Miguel and Madison reunite with each other. Miguel had been “so upset and so depressed” being without his brother and away from his home, she said.

“It was surreal to see them go back into, like, ‘We’re a team now, everything is OK, we got our people, we can go back to work,’” she said.

The dogs are currently staying on the property, with Gaylord’s family making regular trips to make sure they’re cared for. Sullivan emphasized that the pair are working dogs who need a lot of space. Gaylord and her family are living temporarily in a mobile home park, and having the dogs stay with them there, or in a kennel, is untenable.

Madison’s devotion did not come as a surprise to Marlene Johnson, who owns Anatolian shepherds and founded the Facebook group Livestock Guardian Dogs and Positive Training Methods.

“Anatolian shepherd dogs are from Turkey and have been bred for thousands of years to protect and guard livestock, their property and their humans,” Johnson said. “Livestock guardian dogs like Anatolian shepherds are working dogs that are appreciated for their loyalty, their intelligence and their independent nature and Madison is a perfect example of a livestock guardian dog. He braved a natural disaster and went right back to where he belonged and stayed there until his owners and working buddy returned.”

As for how the dogs survived the blaze, totally uninjured, no one can be sure, but Sullivan’s theory is that they managed to outrun the fire, and then circle back to their home.

Carla Baranauckas contributed to this article. 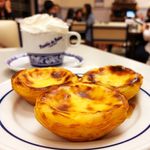 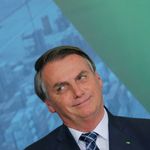 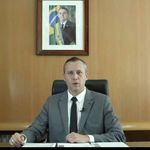 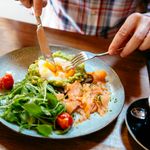 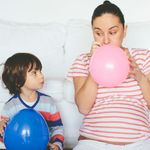 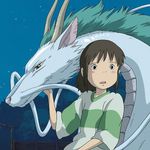