Melisandre (Carice van Houten) did not show up in the Season 8 premiere of “Game of Thrones,” but, fear not, the end of her story will surely be dark and full of terrors.

We last saw the seemingly young ― but actually very old ― red priestess in Season 7, when she urges Daenerys (Emilia Clarke) to summon Jon Snow (Kit Harington) to Dragonstone since he knows that the true threat facing the Seven Kingdoms is the Night King and his army. Dany then agrees to meet with Jon, and the rest is history. He bends the knee, falls in love and brings her to Winterfell to meet his sisters, the rather suspicious Sansa (Sophie Turner) and Arya (Maisie Williams), along with the Three-Eyed Raven, their brother Bran (Isaac Hempstead Wright).

But despite working with Jon at Castle Black and being the reason he is still alive, Melisandre was banished from the North at the end of Season 6 when Jon and Davos (Liam Cunningham) discover she had convinced Stannis (Stephen Dillane) to burn his own daughter, Shireen (Kerry Ingram), at the stake in the name of blood magic.

“You’ve seen the Night King, Jon Snow,” she says, urging him to pardon her. “You know the Great War is still to come, you know the army of the dead will be upon us soon, and you know I can help you win that war.”

Knowing full well her strengths, Jon tells Melisandre she’ll be executed if she returns, and so she makes it her final mission to bring ice and fire together before heading to Volantis. Before she leaves, however, she tells Varys (Conleth Hill), “I will return, dear spider. One last time. I have to die in this strange country, just like you.”

When I sat down with the actress who plays Melisandre earlier this month in New York City, van Houten dodged Season 8 spoilers but did admit her character would return to Westeros.

As for whether she’ll perhaps resurrect Jon Snow once again, or possibly work with fellow R’hllor supporter Beric Dondarrion (Richard Dormer) to take down the army of the dead, van Houten stayed mum, only admitting that she was “surprised” with how Melisandre’s story ends.

Read on to see what else the actress had to say about the final season of the HBO series and the red woman’s part in it.

I guess she probably sees herself more as a matchmaker at this point, bringing together the right people in the right place.Carice van Houten on Melisandre's journey

How was the final table read for Season 8?

It was a bit overwhelming. Everyone was a bit like, “This is so weird! This is actually the last time we’re going to do this.” So there was way more tension in the room than there normally was. Everything was sort of more loaded, I guess, and therefore everyone was a bit more wired or something.

Did you flip through the script to find your last scenes?

I did, of course.

Were you surprised to see where in the script your last scene was?

Ah, well, always surprised. Every year I have no idea where my character ends up. Yeah, I was surprised, in fact. In a good way.

Are you satisfied with the ending?

Mmm hmmm. But, of course, you’re going to have some people love it and others not. That’s unavoidable, I think. The ending is the way it should end, as in this is what the writers [envisioned] ― the organic ending to their writing. I don’t think there’s a wrong or a right, really. It’s just what it is.

Were you a fan of the books before you signed on for the show?

No, I didn’t read them. I bought them all and I have them all in my house — I had them even on my nightstand for a while, but I just didn’t get to it. I just thought, “What if I get too caught up in it or too attached to certain things about my character that’s not in the show? Will I be disappointed?”

So you created Melisandre on your own, really.

I guess so, yeah. It’s great because, of course, there are probably people who had completely different images of this character from the books, but there are some who told me I played her as they imagined her to be — and I thought that was really cool.

You played a similar character in the movie “Black Death.” Did that role get you the “Game of Thrones” audition?

I don’t know, I don’t know! I actually should’ve asked them. They must’ve seen that or something.

Sean Bean was in that, too. A few “Game of Thrones” actors.

That’s true. It must have something to do with that. Similar time and feel to it.

So you weren’t in the Season 8 trailers, so is your storyline top secret?

Melisandre leaves Westeros after the third episode of Season 7, so what was it like to be back for the final season?

Oh, I was happy ― because I wasn’t sure, you know? I thought, “I’m just banned now and that’s the end of me.” But it’s also a lot more of a relaxed shooting schedule, so I can’t really complain. But I was very happy to be back again.

You removed your necklace and revealed your true age in Season 6. What was the point of that moment though, in your opinion? Because we haven’t really seen an explanation for it.

No, true. I think it’s basically there to give her more of a sense of humanity — to make her fragile. And it’s not in there for nothing. [Pause] Yeah.

You can’t say much more than that, huh?

Also, it does sort of signal that perhaps she’s not afraid of death since she’s clearly lived so much life already?

Mmmm, well, that’s a good point. Yeah, and also that she knows so much more. Mostly I think it gave her an extra layer and made her more complex, and you almost feel for her.

Did you sense that twist was coming for Melisandre?

I knew that from the beginning, but because it wasn’t coming up for so long, I thought maybe that was it. So I was really happy when that actually was going to happen, like, “Wow.” And also I was going to get prosthetics for five hours, yeah! [Laughs]

Did you find the little moments for your character from each season connect in Season 8?

Well, I know you can’t say much, but you are in Season 8, that we know. And clearly you’re not staying in Volantis the whole time, right?

No, I do travel there but …

Do we find out what you’re doing there? As we know, there are many red priestesses in Volantis and the Lord of the Light has many followers there, so it does make sense that you’re going back there.

I get it! But Melisandre was with Stannis for most of the show until his death in Season 5. We know you’re now in support of Daenerys …

So what did that experience with Stannis teach her? Clearly, you brought Jon and Dany together for a reason.

Yes, you tell that to Varys, who is similar in a way as he weaves in and out of all these character journeys.

Yes. I don’t know if I met the most characters. I feel like I miss a lot of the worlds, in fact.

The big players, though.

True. But I would’ve liked for her and Cersei [Lena Headey] to meet up. I’m so curious what that would’ve been like. Although, with that, I’m spoiling something already. But again, I might be lying! You never know.

You and Maisie’s character, Arya, met up in Season 3 where you told her, “I see a darkness in you. And in that darkness, eyes staring back at me. Brown eyes, blue eyes, green eyes. Eyes sealed shut forever. We will meet again.” So will you meet Arya this season?

True, but I think I’ve said other things that also didn’t happen? A bit like life — you think something is going to happen but not. [Laughs] But even that I can’t really answer.

You did kind of predict her Faceless Men journey.

True, but I also predicted that the wrong guy was going to be on the throne, so you shouldn’t take her too seriously!

And then Gendry (Joe Dempsie), of course, you were one of the first to have some shall we say “contact” with him after you figured out he was the bastard son of King Robert Baratheon (Mark Addy).

There’s a theory going around that Gendry could be the legitimate son of Cersei and Robert — the “black-haired beauty” she mentions in Season 1.

I’ve heard about this. It’s a good theory, I like it.

He was off rowing that boat for so long, but he came back in Season 7 to fight against the army of the dead. He’s back for a reason, no?

You’re paying attention. You’re good at this … fishing. But I’m not going to give you anything!

Well, I tried! In all seriousness, what has the show meant to you, and is it tough to say goodbye to it?

Everything that’s good has to come to an end at some point, so to drag this out would not make the show better. It’s sad when things go, but it’s also good to sort of embrace that sadness because it makes it something important you’ve done for the last seven years. And then you move on again, that’s how life is.

But it’s a great icebreaker, this show, in whatever way — not only for jobs, but it’s easy to contact people. People know you and it’s just easier.

The only downside I can think of is I would want people to know that I have another side to me. It’s easy to get typecast, whereas this was, for me, a really out-of-character role. I used to play very emotional, even funny characters and this was the opposite for me. So to be known for it is sort of weird since that’s not my palette that I’m comfortable with as an actor, per se, so I hope I’ll be able to show some other sides.

Lastly, will the shadow baby be resurrected for the final season?

[Laughs] That would be funny. The shadow baby thing, I was like, “What the fuck is this?!” Definitely memorable.

This interview has been edited and condensed. 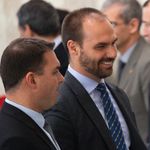 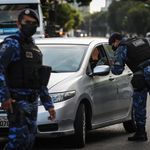 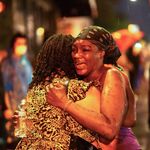 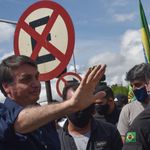 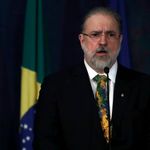