Trump said the U.S. military had been “cocked and loaded” to attack Iran following the country’s downing of an American surveillance drone on Thursday. But the president claimed he decided at the 11th hour to pull the plug on the attack after learning that 150 people could be killed in the offensive.

Speaking in Jerusalem during a meeting with Israeli Prime Minister Benjamin Netanyahu, Bolton said Trump had only “stopped the strike from going forward at this time” and could still choose at a later date to authorize an attack, The Associated Press reported.

Though the U.S. stopped short of the military action, the Pentagon reportedly launched a digital strike against an Iranian spy group that had allegedly supported the attacks against two oil tankers near the Gulf of Oman on June 13. Iran has denied responsibility for that incident.

Bolton, a longtime hawk on dealing with Iran, added on Sunday that sanctions would continue as part of the effort to stymie the country’s efforts to become a nuclear power.

“Sanctions are biting and more added last night,” Bolton said, referring to Trump’s announcement of “major” impending sanctions against Tehran. “Iran can never have nuclear weapons ― not against the U.S.A. and not against the world.”

Trump acknowledged Bolton’s hawkish tendencies while discussing Iran and his advisers during an interview with NBC’s “Meet the Press” that aired Sunday.

“I have two groups of people: I have doves and I have hawks,” the president said, referring to his advisers. “John Bolton is absolutely a hawk. If it was up to him, he would take on the whole world at one time, OK? But that doesn’t matter because I want both sides.”

WATCH: President Trump tells Chuck Todd that he has doves and hawks in his cabinet. #MTP#IfItsSunday

Trump: “I have some hawks. John Bolton is absolutely a hawk. If it was up to him he'd take on the whole world at one time.“ pic.twitter.com/JKVB2IvMVU

Iran, which has repeatedly denied building nuclear weapons, indicated Sunday that it could further reduce its commitments to the 2015 nuclear deal it agreed to unless the accord’s European signatories ― Germany, the U.K. and France ― take meaningful steps to help mitigate the effects of U.S. sanctions on Tehran, Reuters reported.

An Iranian military commander on Sunday warned the U.S. that conflict with Iran could have uncontrollable ramifications that would reverberate across the Middle East ― and endanger the lives of U.S. soldiers.

Gen. Gholamali Rashid told the semi-official Fars news agency that the Trump administration “should behave in a responsible way to protect the lives of American forces,” AP reported. 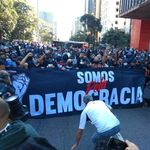 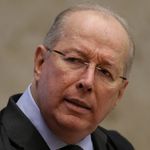 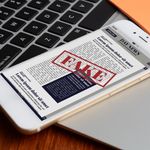 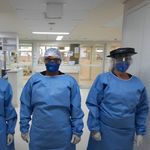 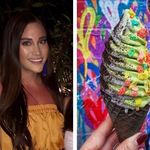