Sen. Bernie Sanders (I-Vt.) ended his bid for the White House on Wednesday, effectively handing the Democratic nomination to former Vice President Joe Biden and ending hopes that a progressive challenger would take on President Donald Trump in November.

The senator will stay on the ballot, however, in all states that have yet to hold their primaries in order to gather as many delegates ― and “influence over the platform,” he said in a live stream ― as possible before the Democratic National Convention this summer.

Sanders first announced the news on a conference call with campaign staffers, and then later held the live stream to address his supporters.

“Together we have transformed American consciousness as to what kind of nation we can become,” he said in the livestream.

Thanking his “hundreds of thousands” of campaign volunteers, Sanders gave them all the credit for his ability to “run a major presidential campaign without being reliant on the wealthy and powerful.” His average campaign donation was just $18.50, he said.

“Let us go forward together. The struggle continues,” he concluded.

Today I am suspending my campaign. But while the campaign ends, the struggle for justice continues on. https://t.co/MYc7kt2b16

The senator was seen as a front-runner in the Democratic race, surging to the top of the polls before a series of poor showings on Super Tuesday and subsequent primaries in March. After a series of big losses to Biden, all campaigning virtually ground to a halt due to social distancing restrictions put in place to help ease the strain of the coronavirus pandemic.

“I wish I could give you better news, but I think you know the truth,” Sanders told supporters Wednesday. “I cannot in good conscience continue to mount a campaign that cannot win.”

But the senator stressed how far his supporters were able to move the needle in favor of progressive ideals, saying that while many of his core proposals, such as “Medicare for All,” were considered “too radical” in 2016, “today they are mainstream ideas.”

“While this campaign is coming to an end, our movement is not,” he said, emphasizing how much support his campaign had found among younger voters. “In other words, the future of the country is with our ideas.”

Many leading Democrats and onetime candidates had thrown their weight behind Biden after ending their own bids, including former mayor Pete Buttigieg; Sens. Kamala Harris (Calif.), Amy Klobuchar (Minn.) and Cory Booker (N.J.); and billionaire Mike Bloomberg. The support for his competitor left the Sanders campaign reeling with limited options to secure enough delegates going into the Democratic National Convention, which was delayed until August because of coronavirus.

By late March, Sanders acknowledged that his path to the Democratic nomination was “narrow,” but he still insisted he still had a shot and even called for an April debate.

Biden rejected the suggestion, saying that the time for debate was over.

“I think we should get on with this,” he said at a March 25 news conference.

Biden had pitched himself as the most electable candidate, and polls showed that Democrats were, indeed, primarily interested in finding a candidate who could take out Trump ― even if they didn’t agree with that person on every issue.

On Wednesday, Sanders called Biden a “very decent man” and said he was committed to working with him to defeat Trump, who gleefully pounced on Sanders’ exit in a series of tweets. Trump blamed Sen. Elizabeth Warren (D-Mass.) for siphoning progressive voters from his campaign, saying bizarrely, “the Bernie people should come to the Republican party, TRADE!”

In a statement, Biden praised Sanders’ passionate advocacy. The senator and his supporters “have changed the dialogue in America,” Biden wrote.

“Issues which had been given little attention — or little hope of ever passing — are now at the center of the political debate,” the former vice president said. “Income inequality, universal health care, climate change, free college, relieving students from the crushing debt of student loans. These are just a few of the issues Bernie and his supporters have given life to. And while Bernie and I may not agree on how we might get there, we agree on the ultimate goal for these issues and many more.” 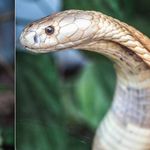 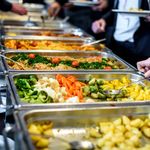 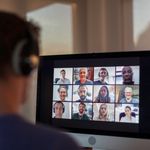 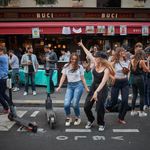 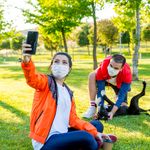 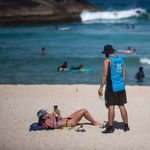