There’s a reason why bananas are the world’s favorite fruit. They are cheap to buy, soft and easy to eat and full of fat-free nutrients. Frequently found in our lunchboxes, breakfast mix and often one of the first foods babies eat, they are a household staple. More than two-thirds of U.S shoppers include them in their regular grocery shopping.

But the much-loved banana is in trouble. Two damaging diseases are destroying our favorite yellow food and threatening to wipe out the bananas eaten by consumers in the U.S.

“Banana production as it stands is facing an existential crisis,” said Dan Bebber, a plant and disease specialist at the University of Exeter. “There will have to be a revolution in how bananas are produced for production to continue.”

Bananas have been eaten in the U.S. since the 19th century. But the rapid development of large-scale banana plantations and improved transport links from export markets in South America in the late 1800s facilitated a boom in consumption in the 20th century.

The fruit now generates revenues of more than $8 billion a year for banana exporters including Ecuador, the Philippines, Costa Rica, Colombia and Guatemala.

But the banana’s reign as a cheap and plentiful fruit could be coming to an end, through a combination of factors that tell a bigger story about the dangers of our food system.

Bebber has just published new research explaining the growing risk of a fungal disease that largely wipes out the banana crop of any tree that it infects.

The Black Sigatoka disease originated in Asia in the late 20th century, say researchers, but has now spread to the Caribbean and been found as far north as Florida. That spread, says Bebber, is being assisted by the impacts of the climate crisis as it unfolds in the key banana-growing regions of Asia, South America and the Caribbean.

“Across large parts of the banana-growing areas of the world the temperatures have risen and it’s grown wetter. The disease likes, and grows more rapidly in, warmer and wetter conditions,” says Bebber.

Black Sigatoka is one of two dangerous diseases striking fear into banana growers around the world. The other is Panama disease, which has already wiped out what was once the most popular type of banana eaten, called Gros Michel.

The fungal disease lives in the soil and starts by attacking the roots before spreading and destroying the rest of the banana plant. It can remain in the soil for decades preventing farmers from trying to plant and grow a new crop.

The banana industry was forced to develop a replacement for that banana called Cavendish, which now accounts for almost half of all bananas grown in the world today and virtually all those eaten in the US.

The Cavendish banana has proved popular among producers and exporters for its high yields and durability over long transportation. However, it too is now under threat from both Black Sigatoka and a new strain of Panama disease.

Yet again we’ve become too reliant on one type of banana, say food experts, instead of encouraging diversity — a feature that tracks through our whole food system. The predominance of one type of banana means when that is threatened by disease there is no alternative type, resistant to the disease, ready to switch over to.

“The banana is in trouble, but we don’t seem to have learnt the lesson of the past because we’re succumbing to the same problem,” said food specialist Simran Sethi, author of ”Bread, Wine, Chocolate: The Slow Loss of Foods We Love.”

“We have a food system where one type of banana is being grown in one massive field as a single crop making the applying of pesticides and harvest easier. It makes growers vulnerable to disease.”

Scientists are currently working to develop genetically modified (GM) banana plants that can resist Panama disease. A commercial plant is close to being ready. “It’s coming for sure,” said Bebber, “but it will take a change in consumer behavior to be ready to accept GM bananas.” The GM crop could also still be susceptible to a new strain of the disease in the future.

But Sethi said GM is not the only solution. “People are looking for a solution that lets them keep the same monoculture system rather than taking the harder, but in the longer-term better, decision to start growing a range of bananas. That diversity will give us ready resistance to future diseases.”

Bebber said a shift away from monoculture banana production could create a farming system better able to resist disease.

“A less intensive system could involve intercropping bananas with other crops, such as oil palm, that already takes place in parts of India and Africa. Growing a mixture of crops together reduces yield but also disease risk,” he said.

Any large-scale shift to less intensive and mixed banana production would need consumer support to be successful, said Bebber, and that means a willingness to pay more for bananas.

“We need to be paying a lot more for bananas if producers are going to be able to invest in sustainability and the long-term viability of production. If people are buying fair trade or organic bananas that is sending a signal to industry and producers that we want a change and gives an incentive to them to switch to more sustainable production systems.”

Sethi also hopes a growing interest in diversity in food choices among consumers and the move away from what she calls “Botox perfect-looking fruit and veg” will encourage the sale of other types of bananas in the U.S. aside from the Cavendish one we’re so used to buying and eating.

“We grow 1,000 types of bananas globally. Many consumers think there’s just one. Knowing how many are available gives us the opportunity — as consumers — to start requesting a more diverse selection. Farmers can’t grow what we won’t eat.”

HuffPost’s “This New World” series is funded by Partners for a New Economy and the Kendeda Fund. All content is editorially independent, with no influence or input from the foundations. If you have an idea or tip for the editorial series, send an email to thisnewworld@huffpost.com. 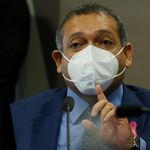 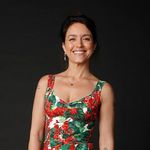 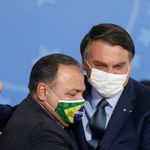 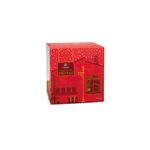 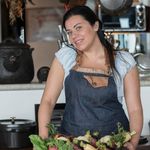