WASHINGTON ― If you want to know why the unabashedly racist and Nazi-sympathizing “alt-right” movement is making a mark on the Trump administration and beyond, look no further than Tila Tequila and her white nationalist friend, Richard Spencer.

“The alt-right is willing to work with allies of color,” Spencer told journalists on Saturday. At that moment, it was hard not to think of Tequila, who had tweeted a photo of herself making the Nazi salute with the caption, “Seig [sic] heil!” the night before.

To be sure, Spencer views most non-white races as genetically inferior, has a deep mistrust of Jewish people and associates with neo-Nazis. He wants to see Europeans and people of European descent “protected” from other races through state-sponsored segregation. The list goes on.

However, it’s Spencer’s deft packaging of this hate speech that made him the informal head of the self-styled “alt-right,” a movement of quasi- to full-blown fascist writers, listless brown shirts and disgruntled meme creators. He feints at multiculturalism, expressing his respect for “Native Americans,” the “spirituality” of African-Americans and the aforementioned “allies of color.” His white nationalist spouting is filed with academic jargon ― founding an organization with the distinctly bland name “National Policy Institute” and calling one’s movement “alt-right” is no small part of that strategy.  All this is not a new approach, but one Spencer is chillingly good at.

Even though he’s nearing 40, Spencer is so good at playing wonky millennial it makes you want to vomit. Think of him as an Ezra Klein for people who wouldn’t mind putting people named Ezra Klein on a train. He’s active on social media ― that is, until he’s kicked off of it for hate speech ― and loves calling mainstream Republicans “basic bitch conservatives.”

Spencer’s invitation to the convention perfectly encapsulates how he straddles youth culture and hate culture. It featured a hipster-fresh graphic with the letters “A R” ― for alt-right ― in a decidedly tubular early-’90s font. The letters were splashed over an ethereal stock photo of a woman in a wheat field, and the whole thing was reminiscent of the mashup album covers you see on SoundCloud. That woman in a wheat field can also be found on David Duke’s Twitter page.

Spencer exudes the same kind of millennial élan as a lot of the young professional white guys in Washington D.C., with his clean-cut face framed by an angular jaw, square chin and neatly cropped “high and tight” haircut ― a ‘do that might once have been associated with the Hitler Youth, but now is far more likely to recall actor Ryan Gosling. He’s a neat dresser, and if he weren’t spouting off about Muslim gangs or the need to give preferential treatment to European immigrants or how women like being raped, Spencer could just as easily be one of those dime-a-dozen yuppies who have way too many opinions about IPAs and “fun” socks.

To say 9 in 10 attendees was a dude would be charitable. There were some older attendees, whose professorial attire and seething resentment for contemporary society recalled the angriest people to ever attend a history department faculty meeting.

And then there was Tequila ― who rose to cultural prominence in the late 2000s only to flame out with a series of anti-Semitic gestures and statements. She was a perfect set piece for Spencer: a D-list celebrity ― a woman of color, no less ― with a less-well-known track record of bigotry. Tequila provided a irreverent kind of pop culture flair to the outwardly staid event. In return, she got attention.

It’s sometimes hard to know whether that other D-list celebrity, Trump, is using Tequila’s strategy or Spencer’s. Like Tequila, Trump also courted racists to boost his brand: He famously leveraged his own fame to raise unfounded questions about President Barack Obama’s birthplace to raise his political profile. Like Spencer, Trump uses misdirection and half-baked “points” about long-form birth certificates to make his crusade seem semi-credible.

And those in Trump’s circle have eagerly bought into his legitimization of fringe views: Take strategist Steve Bannon’s description of his website, Breitbart News, as “the platform for the alt-right” and National Security Advisor Michael Flynn’s regular promotion of the “alt-right” on social media.

“The alt-right is here, the alt-right is not going anywhere and the alt-right is going to change the world,” Spencer proclaimed at the conference. Though he maintained that Trump and Bannon are not “alt-right,” he did make the unsettling claim that his movement is a “head without a body” and the Trump campaign was a “body without a head.”

Trump’s election could complete this political Frankenstein monster, according to Spencer’s thinking. The high-profile racism and bigotry that has erupted since Nov. 8 has been unapologetically confrontational and intimidating: the Ku Klux Klan holding a “victory” rally in North Carolina, spray-painted swastikas cropping up on playgrounds and untold number of acts of bigotry directed at individuals later reported on social media.

It’s cold comfort, but this kind of vileness cannot easily be incorporated into our institutions of power. A person who walks into a congressional office in a white hood asking for a meeting about the Jewish pestilence isn’t likely to get very far, but a clean-cut guy exuding the same white-collar blandness as that annoying guy at work who won’t shut up about his kickball league or Trunk Club membership is another story.

That’s what makes Richard Spencer and the National Policy Institute so scary. A well-spoken graduate of the University of Virginia rambling about arcane-sounding things like, say, our “identitarian school curriculum” just might change some minds. Spencer has insisted that he is not in contact with Trump or his transition team, but added that he is impressed by putative administration figures like Steve Bannon and attorney general nominee Jeff Sessions.

Spencer kicked out the media after his press conference concluded, but the Atlantic recorded video of Spencer proclaiming “Hail Trump, hail our people, hail victory!” and a number of audience members responding with the Nazi salute. 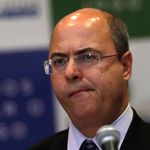 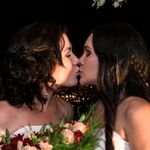 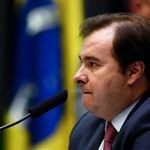 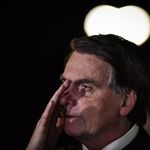 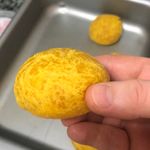 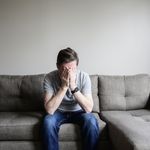